Simpson is a part of the Electrolux group, which uses Simpson as its “budget range” of appliances.

In the most recent Canstar Blue customer satisfaction survey, Simpson tumble dryers achieved three stars in 7 of our 8 categories, with a four star rating for value for money.

A brief history of the company

Simpson is a long-standing Australian brand from Adelaide, and has merged with many different companies since their establishment in 1909. In 1999, they became a part of the Electrolux group, which they are still a part of today.

Before this, there were various merges in the 1960s, 70s, and 80s, until the final merge in the 90s. In 2006, the Simpson manufacturing plant was shut down and all production came from Electrolux factories.

With only three models, Simpson (who specialize in washing machines and dryers) have the smallest range out of all the brands we rated in 2014.

They are all venting dryers, with vents on both the front and rear. All three models have a front lint filter as well, to make for easy cleaning. They are fairly basic dryers, with a timer and rotary controls. This doesn’t necessarily mean they are bad dryers; they are easy to use and do exactly as they are supposed to do.

One feature that does set Simpson apart from other dryers is the capability to mount them to the wall. Not all brands have wall mounting brackets on all of their dryers, but Simpson do. This makes them more versatile in where you can put them in the laundry, as you can save some floor space by putting them up high.

All Simpson products have one year of domestic warranty, and are durable, so it is likely that you will never need to claim that warranty.

Other brands we rated

Canstar Blue commissions Colmar Brunton to regularly survey New Zealand consumers across a range of categories to measure and track customer satisfaction. The outcomes reported are the results from customers within a survey group of people who had recently bought a clothes dryer.

Other brands included in this year’s survey were:

You can view our dryer survey results here. 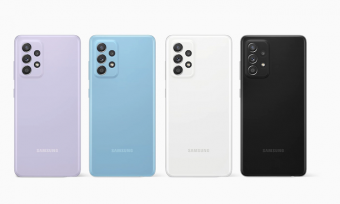 Laptop + Tablet: the Best 2-in-1 Computers