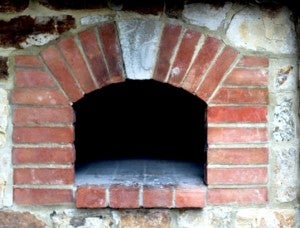 Most people won’t have a lot to say about the modern oven – well, not unless we are “Masterchef” fans who suddenly require the latest and greatest and largest stainless steel oven to roast the occasional side of venison. For most though it’s a metal box that cooks our food for us, and modern ovens are so easy to use that most of us don’t think twice about it when we turn our oven on to pre-heat. Maybe we’d be a little more appreciative if we took a look at the history of the oven, and compared our trusty fan-forced to what they had to make do with years centuries gone by.

Most obviously people have been cooking food using the same cooking principles as a modern  oven forever. From roasting pits to cauldrons to earthen kiln-like structures, some form of oven has been around forever.

Interestingly and perhaps appropriately, France was home to the first written historical record of an oven being built, constructed using bricks and tiles.

Around 1728, German-designed cast-iron ovens began being made in serious quantities. These were known as Five-plate or Jamb stoves. Then a Bavarian architect named François de Cuvilliés invented the first recorded enclosed oven, called the Castrol stove, also known as the stew stove. The enclosed nature of the oven was an innovation as it contained the smoke inside the oven, which had not been done before. Towards the end of the 1700s Benjamin Thompson aka Count Rumford invented an iron stove that allowed the user to adjust the temperature of the individual stovetops; a huge innovation at the time, and a step towards our modern stovetops.

The first gas oven was patented by James Sharp, however gas ovens were not a common household appliance until the 1920s. And in 1892 we saw the first electric oven; an early version of the electric oven was manufactured by a Canadian named Thomas Ahearn, and put into service at the Windsor Hotel in Ottawa.

Sure the 1900s must be associated with the development of that most convenient of cooking appliances: the microwave. An engineer named Percy LeBaron Spencer was researching microwave-producing magnetrons when he discovered that microwaves could cook food faster than the application of heat could. The first commercial microwave oven was produced in 1954, however due to the high price and associated fear of radiation the microwave took many more years to become popular.

In the present day we can choose from a huge range of ovens, from gas to electric, and even wood fired if you’ve got the money. Ironic, really that wood fired should now be an expensive option! Microwave ovens and rapidly heating electric stove tops seem like huge luxuries after a brief look at older ovens don’t they? 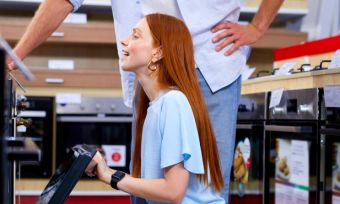 Which Type of Oven Is Best? Different Oven Types Explained

The Best Ovens in New Zealand