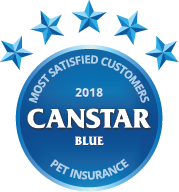 Whether you’re a cat person, a dog person, or even a llama person, if you consider your pet as part of the family, pet insurance might be something to think about.  Having pet insurance gives animal lovers the peace of mind that if something goes wrong their fluffy friend will get the help they need. Interestingly, 76% of females said they consider their pet as part of the family, compared to only 49% of males. C’mon guys!  This year’s Canstar Blue survey has shown that Southern Cross Pet Insurance has taken the Most Satisfied Customer Award for 2018 with five stars in process, speed of response, quality of service, communication and overall satisfaction, and a respectable four stars in ease of claim and value for money.

Do New Zealanders buy in to pet insurance?

This year’s Canstar Blue survey shows that 68% of people have pet insurance for all of their pets.  For those who didn’t, 46% of owners said it is because they thought it was too expensive. And where there’s no doubt that pet insurance is an extra cost, what some pet lovers don’t realise is how much it costs to save your beloved friend if something is to go wrong.  For one New Zealander with a German Shepherd, insurance came to the rescue when her puppy had a series of seizures which eventually lead to loss of consciousness, violent leg and body spasms, temporary blindness, deafness and extreme exhaustion. An absolute nightmare for any pet owner.  The bills came to $6,000, the initial policy cost $450 and the excess was $100. When you look at it that way, pet insurance looks like a good deal.

It won’t happen to my pet!

In a recent report, a Hamilton dog swallowed up a needle and thread.  As you can imagine, the fix for something like that isn’t simple and it isn’t cheap. In fact, some veterinary procedures can cost tens of thousands of dollars, that’s when insurance can become a relief.

Ingestion related medical attention is needed more frequently than you might expect as it’s very common for animals to swallow harmful objects.  Some of the strangest things eaten by pets include:

Animals certainly have a strange idea of good things to swallow.  We can do our best to keep things out of sight and out of reach but these things do happen and it’s important to be prepared.

Five foods to be avoided if you don’t want to make an insurance claim!

Things that are covered

If you’re still unsure about pet insurance and don’t know exactly what’s covered, here’s a list of things that are typically within the policy.

It’s important to familiarise yourself with your pet insurance policy as it probably won’t cover all of your pets medical costs.  And, depending on the type, breed and age of the animal you have, there could be a fair amount that isn’t covered. Routine, preventative or elective care for your pets such as routine vet visits for injections, check-ups, worming treatments and anti-flea medicine are not covered.  You’re also not covered by insurance if your pet:

If you are already aware that your pet has some kind of pre-existing condition and you’re thinking ‘I better get insurance to cover the expenses’, it most likely won’t be covered.

These are a few things to keep in mind and consider when looking in to pet insurance:

You don’t want to feel like your insurance is costing you more than the treatments you are covering against and you also want to feel like the cover your getting comprehensive enough that you get the peace of mind you’re after.  That’s where value for money come in. If the balance is right, the reassurance is there.

There were no five stars awarded in this area but Southern Cross Pet Insurance and Petplan lead the pack with four stars apiece.

No matter what company you are dealing with, quality of service is something that just about everyone appreciates.  If you are claiming on your pet insurance, you’ve already been going through a worrying time with your pet so it can be a relief to receive nice service.

When you are taking out insurance, you don’t want it to be a process that drags on, is hard to complete or is totally incomprehensible.  Quick, easy and convenient is usually what we’re all after.

Communication is always important and when your are already in a stressful situation, it’s a relief when your concerns are listened to and you feel that someone is on your side.

If your fluffy friend does need medical attention and it is costing you a pretty penny, it’s important that it is easy to file an insurance claim.  The last thing you want is to be spending lots of time and effort just to get the support you need.

If something has happened and you need help and you need it now, the speed of response from your insurance provider could be very important.

Canstar Blue commissioned I-view to survey 5,000 New Zealand consumers across a range of categories to measure and track customer satisfaction. The outcomes reported are the results from customers who currently have a pet insurance policy and have made a claim in the last 3 years, in this case, 317 New Zealanders. 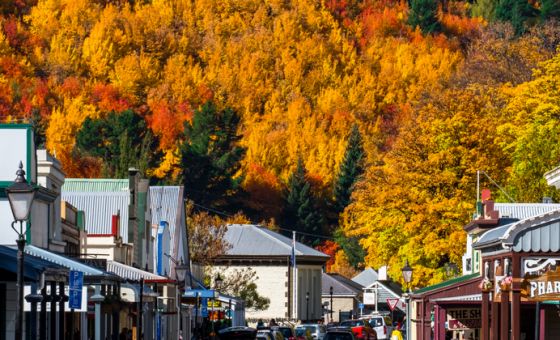 Top 5 Road Trips to Take in New Zealand this Autumn

The rush and crowds that come with summer have subsided, the air is crisp and the leaves are falling from deciduous trees like confetti. The still days of autumn lend themselves to the outdoors; it’s … 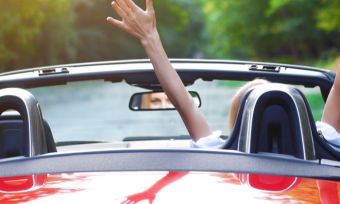 Petrol vs Diesel vs Hybrids | What are the Most Fuel-Efficient Cars?

It’s a bit of a myth that smaller cars are always more fuel-efficient. Fuel economy is actually a combination of several factors, and it depends how you use your vehicle. Innovative design and technology can …

Kiwis love to drive and, according to the AA, around 3.4 million of us hold a driver’s licence. A recent survey conducted by AA Insurance found only 23% of Kiwis use public transport on a … 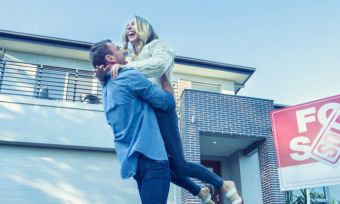 Buying or selling a property is a significant undertaking and real estate agents can streamline the process. What do agents do and how can they help?

Consumers have a number of car insurance options, with different levels of coverage available. Canstar Blue reviews your options.