Advertisement
Electric Kiwi has introduced its new MoveMaster plan, offering Kiwis great off-peak rates and half-price nights. So, is it the right plan for you and how can you make the most of the low rates?

Power prices have been on just about everybody’s mind, recently. Prices have soared, homes have been plunged into darkness and the Electrical Authority is conducting a review of the wholesale market amid claims of a lack of competition. You’d be forgiven for thinking good news and power just don’t mix.

But that could be about to change. More and more providers are offering plans that aim to encourage users to shift off-peak. Discounted rates and free power hours aim to get Kiwis moving their energy-sucking habits to late nights and early mornings. And Electric Kiwi’s new MoveMaster plan is the latest offering.

So what does the MoveMaster plan entail, and is it the right plan for you?

What is the MoveMaster plan?

Electric Kiwi’s new MoveMaster plan is designed to provide great savings for those who move their energy use off-peak. This is done through discounted rates during off-peak hours and half-price rates at night. As a trade-off, you pay a higher rate for power during peak hours.

According to Electric Kiwi’s MoveMaster plan, peak hours are 7am-9am and 5pm-9pm, when the country chugs through the most power. During this time the strain on our infrastructure is high, and we often resort to fossil fuels to get us through. To help reduce this strain, under the MoveMaster plan, your rates during these hours are higher than its other plans.

For example, I was quoted peak rates of around:

But, to make up for it, you then have the discounted off-peak hours. Off-peak hours are 9am-5pm and 9pm-11pm and, even better, you get half-price rates during the night (11pm-7am).

This means on the MoveMaster plan you have three different rates. The costly peak hour rates, the discounted off-peak rates, and the half-price night rates. A quick check for my own address found under the MoveMaster plan my standard user rates would be:

Compare this with the quoted rate I got for Electric Kiwi’s Loyal Kiwi plan, which offered me a flat rate of just under 19c per kWh, and you can see that while MoveMaster has higher rates during peak power hours, it offers better value during off-peak use.

Electric Kiwi’s MoveMaster power plan is a no-contract power plan. That means you won’t be locked in and, should you decide to leave, there are no break fees.

Electric Kiwi offers fixed rates. So you don’t need to worry about spot pricing sending your bill sky-high. If there are any changes to your fixed rate, Electric Kiwi will let you know well in advance. In some cases, this could actually be a lowering of your rates. Electric Kiwi does its best to make sure your rates are as low as can be.

But, if you are not happy with the change, you can always switch providers. As mentioned above, there are no contracts and break fees.

A free hour of power

All Electric Kiwi plans are eligible for its Hour of Power promotion. This includes the MoveMaster plan. The Hour of Power gives you one free off-peak hour of power. So, if the low off-peak rates are still too high for your liking, you can try to cram everything into your one free hour. This hour is customisable, allowing you to choose any time between 9am – 5pm and 9pm – 7am. Plus it can be changed at any time.

If you generate solar power, you can sell any of the excess energy you produce back to Electric Kiwi. This applies to any of Electric Kiwi’s plans, but under the MoveMaster plan, you get its best rate of 12.5c per kWh.

How does the MoveMaster plan compare?

Electric Kiwi’s other plans offer some competitive rates, too. So much so, that when comparing rates, it shows that the MoveMaster’s aren’t as low as you may think. Sure, the half-priced night rates are a great deal. But the off-peak shoulder rates are only fractionally lower than Electric Kiwi’s standard rates.

When looking at the quoted price for my address, the off-peak shoulder rate on MoveMaster was only around 1-2c (per kWh) cheaper than on Electric Kiwi’s Kiwi and Loyal Kiwi plans.

So while a discount, don’t expect huge savings on MoveMaster, unless you can shift most of your power use to the half-priced night rates (11pm-7am).

And keep in mind your peak rates are much much higher than on Electric Kiwi’s other plans, so, you really need to avoid using power during these hours. Otherwise, any savings made elsewhere could be in vain.

And speaking of the night rates, while advertised as half-price, it’s half of the peak power rate. Which is higher than the rates on all of Electric Kiwi’s other plan options. So, it’s not really half-price power. But, it is still a significant discount. Around 6-7c cheaper than Electric Kiwi’s standard rates, based on the quote I was given for my address.

You can see a full breakdown of Electric Kiwi’s rates below. Do note, this is a rough quote for my address, taken from Electric Kiwi’s website. Your actual rates may be different.

NB: All plans have an additional fixed cost of $2.01 per day.

What about other providers?

The Good Nights plan is a new power plan from Contact Energy. It offers three hours of free power, every night, between 9pm and midnight.

There are no restrictions on your power usage during this period, meaning you can run your heating, take hot showers, wash some laundry and do any other energy-sucking chores of your choosing.

New customers who sign up with Powershop can get free power weekends! Powershop have teamed up with Manchester Unity to offer free power during the first weekend of every month, for the first 12 months of your contract.

So from 12 am Saturday – 11:59 pm Sunday, you can get all your energy-sucking chores done.

While not a regular off-peak power promotion, the full weekend allows for a much larger amount of savings to be crammed into one event.

Is the MoveMaster plan right for me?

If your schedule is fairly standard, and you are likely to be using power during peak hours, then MoveMaster is not for you. During peak hours, your rates are much higher than Electric Kiwi’s standard rates.

Do note, that MoveMaster’s peak rates are much higher than Electric Kiwi’s fixed rates on its other plans. But seeing as peak power prices are often higher, while you may be better of choosing a different Electric Kiwi plan, even MoveMaster’s highest rates may be comparable to other providers.

The MoveMaster plan could be a great option if:

Half-priced power. What more can you want. If you are up well before 7am, or, awake long after 11pm, you can get a great deal on power. If you can use this time to cook a meal, throw your clothes into the wash, warm up your house with the heat-pump, put on the dishwasher and have a shower, you’re in luck.

Delegate your free Hour of Power to this time and you’ll barely be paying for power at all.

You have an electric vehicle

Most EV owners charge up overnight, so their car is ready in the morning. If this includes you, great. Your already cost-efficient EV is now even more so!

If you’re not home, or awake, to make use of the cheaper rates, can you use timers instead? many appliances can be programmed to turn on and off at specific hours. Can you run heating and other appliances without the need for you to be at home?

Shop around for the best deals

While free power and off-peak discounts can be a great option for those looking to save on power, it’s not all to consider. If you’re paying higher rates on power than everyone else while you make dinner, those off-peak discounts start to look less appealing. And beyond just prices and fees it’s important to consider how easy the billing process is or the level of customer service offered.

Ultimately, finding affordable power involves shopping around. And to help you find the best value electricity retailer, Canstar Blue rates NZ power companies for customer satisfaction and value for money, see the table below for some of the results, or you can click on the button below for the full results of our survey. 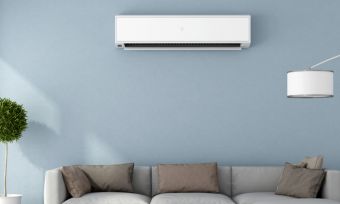 The Ultimate Guide: How to Save Power in the Home