New Zealand’s share of electricity generated from renewables grew to 83.4 per cent in the June quarter 2016, the latest energy data released by the Ministry of Business, Innovation and Employment (MBIE) shows.

New Zealand is already a world-leader in respect of renewable energy generation.

“At the same time, electricity generated from fossil fuels was 10 per cent lower than last year’s June quarter, due to a 12 per cent fall in gas-fired generation.”

Total electricity demand for the June quarter 2016 was down one per cent from the same time last year. Mr Hogan says this year saw the warmest May and third warmest June temperatures on record.

“This lower demand increased the average cost per unit of residential electricity, as the fixed component of the costs was spread over fewer units,” added Mr Hogan. “Looking ahead for the next quarter, a 0.5 per cent price increase is forecast based on current retail prices.”

Meanwhile, Methanex was operating its New Zealand plants close to full capacity in the June quarter 2016, after experiencing increased shutdown days in 2015 due to mechanical issues.

“This drove a 17 per cent increase in non-energy use of natural gas from the previous June quarter, as Methanex uses natural gas as a feedstock,” says Mr Hogan.

“It also contributed to a 16 per cent increase in natural gas consumed by the chemical manufacturing sector over the same period.” 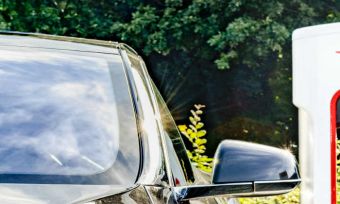 Tesla is headed for our roads