Green power has come a long way in recent years. Increasingly, renewable energy sources are being harnessed by generators at a wider grid level. And more and more households are looking for renewable energy options. However, if setting up solar panels isn’t a viable option for your home, there are a number of power providers undertaking initiatives to support renewable electricity.

A target of 100% renewable electricity generation by 2030 is on the cards, and it’s against this backdrop that the electricity sector continues to evolve. Many power providers are on the front foot, and are bolstering their green credentials.

This means that households have increasing options when it comes to not only adopting new technologies – such as energy efficient lighting and appliances, and electric vehicles – but also when seeking out providers with a firm focus on renewable electricity.

As it stands, the transition to 100% renewable electricity generation comes from a solid foundation. This is because the majority of NZ’s power already comes from renewable sources.

Recent government figures show that the share of renewables in electricity generation was 82% in 2019 (down from 84% in 2018, due to lower hydro generation).

According to the report, the primary renewable energy sources making up New Zealand’s generation are:

Meanwhile, among the other sources of renewable energy, solar generation (mainly installed on the rooftops of houses) notably increased by 27% year-on-year. However it only accounted for just over 0.3% of electricity generation in 2019.

Generators: How the big five are harnessing renewables

Meridian Energy is NZ’s largest electricity generator. It claims that all of the electricity it generates comes from renewable sources, comprising a mix of wind farms and hydro stations, along with solar projects.

Meridian’s generation assets include five wind farms, six power stations in the Waitaki hydro scheme, along with New Zealand’s largest hydro station, the Manapōuri station. It also has a number of solar initiatives.

Mercury states that it generates electricity from 100% renewable sources, which include a range of hydro and geothermal assets.

Trustpower has a strong focus on renewable electricity generation. It almost exclusively uses hydro schemes to generate power. Over 98% of the electricity it generates comes from renewable sources.

Genesis Energy generates electricity from a diverse portfolio of thermal and renewable generation plants around the country.

Its renewable assets include three hydro schemes, the Tongariro, Waikaremoana and Tekapo schemes, comprising eight power stations. It also operates a wind farm at Hau Nui in the North Island.

It’s worthwhile keeping in mind that all retailers buy power from the grid, which comprises energy from both renewable and thermal sources. This means that there is no direct supply of renewable energy from generator to retailer to customer.

However, when weighing up what’s on offer, also consider the other types of initiatives power companies might be undertaking. This includes their wider approach to sustainability, and what they’re doing to encourage the uptake of green power and the reduction of greenhouse gas emissions.

The following is a list of some of the retailers supporting green power, along with some of the initiatives being undertaken.

Ecotricity describes itself as “New Zealand’s cleanest, greenest electricity retailer”. It provides its customers carboNZero certified electricity, meaning that it measures and offsets all emissions.

Ecotricity’s electricity is certified carbon neutral on an annualised life-cycle basis. It purchases the same amount of wind, hydro and solar electricity that it supplies customers on this annualised basis.

In addition, Ecotricity claims that any remaining emissions that can’t be avoided are offset by purchasing verified carbon credits, using only NZ native bush carbon credits, which support biodiversity.

Meridian is New Zealand’s largest electricity generator. All of the electricity it generates comes from renewable sources, and the retail component of its business provides power nationwide.

Meridian states that it’s committed to increasing solar generation in New Zealand. It partners with businesses and helps customers get set up for solar. Its Electric Car Plan is designed to deliver cost-effective electric vehicle charging.

Mercury generates electricity from 100% renewable sources, comprising a portfolio of hydro and geothermal assets. The retail arm of its operations caters for customers around the country.

Mercury says that in recent years it has converted more than 69% of its vehicle fleet to electric or plug-in hybrids. It’s a member of the EV100 initiative, which seeks to make electric transport the new normal by 2030.

Trustpower almost exclusively uses hydro schemes to generate power. Over 98% of the electricity it generates comes from renewable sources. The retail element of its business provides customers with power nationwide.

Trustpower’s Solar Buddies scheme allows its customers with solar panels to sell any additional electricity they produce to other Trustpower customers nominated as “buddies” at an agreed rate.

Globug is a subsidiary of Mercury (see above). It offers consumers a prepay service (with no bonds or credit checks), supported by a range of online tools, designed to help keep track of usage and costs.

Powershop is a subsidiary of Meridian (see above). Customers can either pay for power the usual way, receiving a bill. Or they can prepay their power by purchasing “Powerpacks” (available in various dollar amounts, for different types of usage and budgets) from Powershop’s online store.

Ultimately, finding the best power for your lifestyle and ethics involves shopping around. And the fact that you’re reading this means that you’re already on the right track to finding a great deal on renewable power. But when comparing power companies, it’s important to consider the broader picture – don’t become too focused on finding a deal with a big prompt payment discount or special perk. Be sure to balance all the rates, discounts, fees and contract periods when making a decision, as well as more personal factors, such as customer service and support.

To help you find the best value electricity retailer, Canstar Blue rates NZ power companies for customer satisfaction and value for money, see the table below for some of the results, or you can click on the button below for the full results of our survey.

Show Important Notes^* Hide Important Notes^*
* Overall satisfaction is an individual rating and not a combined total of all ratings. By default, brands with equal overall satisfaction ratings are sorted by the mean overall satisfaction score as rated by consumers. You can click the arrows at the top of any column in the table to sort by the results in that column.
^ By clicking on a brand or 'details' button, you will leave Canstar Blue and be taken to either a product provider website or a Canstar Blue NZ brand page. You agree that Canstar Blue NZ’s terms and conditions apply (without limitation) to your use of this service,to any referral to a product provider from our website, and any transaction that follows. Canstar Blue may earn a fee for referrals from its website tables, and from sponsorship (advertising) of certain products. Payment of sponsorship fees does not influence the star rating that Canstar Blue awards to a sponsored product. Fees payable by product providers for referrals and sponsorship may vary between providers, website position, and revenue model. Sponsorship fees may be higher than referral fees. Sponsored products are clearly disclosed as such on website pages. They may appear in a number of areas of the website such as in comparison tables, on hub pages and in articles. Sponsored products may be displayed in a fixed position in a table, regardless of the product’s rating, price or other attributes. The table position of a sponsored product does not indicate any ranking, rating or endorsement by Canstar Blue. See How we are funded for further details.
Canstar Blue NZ Research finalised in April 2022, published in June 2022. 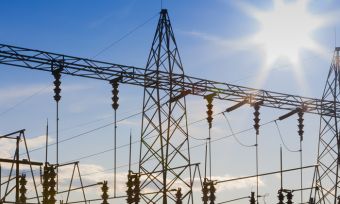 What Power Companies Are Available in NZ?