When Kiwis are in need of some comforting tucker, 28% reach for a well-made pie according to the results of our latest consumer survey.

And our taste buds don’t discriminate, with preference for sweet or savoury being almost 50/50. That said our favourite flavours do tend to involve meat – and cheese! Overwhelmingly, a pie that includes cheese seems to hit the spot.  When it comes to pie flavours, the most loved is:

Men overwhelmingly favour the Steak and Cheese classic (30%) more so than women (24%), who despite it still being their favourite flavour are almost equally fond of Mince and Cheese (22%). And when it comes to adding to the flavour experience, 16% of Kiwis believe that no savoury pie is complete without a bit of tomato sauce. Cantabrians are the most avid lovers of tomato sauce as a pie accompaniment (20%) while those from the Bay of Plenty and Hawke’s Bay are less chuffed with the red stuff (12%).

Good news for our waist lines

Something that will no doubt reassure dieticians just a bit is that more than half of the country see pies as a treat food (53%), with women most likely to treat it as such (58%).

A very small minority of Kiwis (3%) say that they eat a pie for lunch most days of the week and just 17% say that they know that pies are bad for them but claim to not being able to stop eating them.

With obesity rates in New Zealand still rising and two in three New Zealand adults being overweight or obese, it is pleasing to see that only a small number of Kiwis are indulging in ‘sometimes’ foods like pies on a regular basis.

Kiwis do like an easy feed with close to a quarter (24%) of New Zealanders stating that a pie is their go-to food on the run with almost half of those surveyed in Northland (46%) choosing a savoury pie when after a convenient meal.

Close to half of Kiwis (48%) prefer a savoury pie to a fruit pie and those in Taranaki are the fondest of the classic meat pie with 61% saying they favour them over any of the sweeter versions.

In the first year that the Canstar Blue Consumer Satisfaction Award –Pies has been run, it has been won by iconic Kiwi brand, I Love Pies.

I Love Pies scored five-stars in nearly every category and took out the overall satisfaction award.

Reflecting the survey results, I Love Pies is a specialty brand that can only be purchased from most good supermarkets and gourmet food stores nationwide, as well as the local Farmer’s Markets where they were first introduced to the nation. They have a broad range of savoury pies including the Kiwi favourites Steak and Cheese and Mince and Cheese but with a gourmet twist.

The survey asked consumers to rate their pie brands across six variables:

Consumers are most concerned with taste (49%) when it comes to what drives their satisfaction with their pastry purchase, followed by texture/consistency (25%).

Pie habits/attitudes by region: (exceptions only)

Aucklanders are most likely to eat a pie for lunch most days of the week (4%).

Cantabrians are the most likely to believe that no savoury pie is complete without tomato sauce (20%).

Those in the Bay of Plenty are most likely to see pies as a treat food (65%), least likely to say that a well-made pie is their favourite comfort food (20%) and least likely (equal with Hawke’s Bay) to believe that no savoury pie is complete without tomato sauce (12%).

Those in Manawatu/Whanganui are most likely to prefer pies from service stations to gourmet pies from speciality stores (14%).

Those in Northland are least likely to see pies as a treat food (43%), most likely to know that pies are bad for them but can’t stop eating them anyway (32%), and most likely to say that pie is their favourite go-to food on the run (46%).

Those in the Hawke’s Bay are least likely to prefer pies from a service station to gourmet pies from a specialty outlet (1%), most likely to say that a well-made pie is their favourite comfort food (32%) and least likely (equal with Bay of Plenty) to believe that no savoury pie is complete without tomato sauce (12%).

Taranaki: Taranaki’s favourite pie flavour is a tie between Mince and Cheese and Steak and Cheese

Those in Taranaki are most likely to prefer savoury pies to fruit pies (61%).

I-view is the region’s leading data collection agency, with over 30 years of experience. It has over 25,000 projects delivered across hundreds of clients since their inception in 1983. I-view is owned by IPSOS, one of the top market research companies in the world, with offices in 87 countries translating to a global presence.

I-view has established strong relationships with panel partners in New Zealand. I-view is accredited to ISO 20252 for Market Opinion and Social Research.

Their reputation for reliability and quality made them a partner of choice for Canstar Blue.

The outcomes reported here are the results from a survey of Kiwis who have purchased and eaten a savoury pie in the last 3 months. In this case there were 1,360 people surveyed. 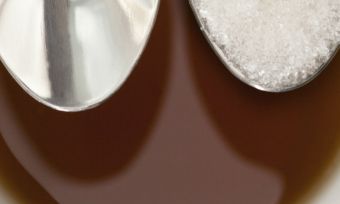