For many of us, two slices of white bread with something tasty in between them is enough to constitute a satisfactory sandwich. But for certain restaurant owners, foodies, and people with too much money, sandwiches have the potential to be much more impressive – at the potential expense of both taste and uh, taste.

The last few years have seen a slew of sandwiches and burgers made famous – not for being delicious, but for the amount of money you’ve got to cough up in order to try them. The hefty price tags commanded by these sandwiches are generally due to the expensive or rare nature of the ingredients used, although gold leaf seems to be a recurring theme. Here’s a guide to some of the most expensive sandwiches money can buy around the world.

Landing halfway through 2015, this cheese sandwich raised some eyebrows when it started appearing in the news due to the fact that, unlike some of the more complicated sandwiches on this list, the Quintessential Grilled Cheese is just that – a grilled cheese sandwich.

But evidently looks can be deceiving, as this cheese toastie has got some seriously expensive stuff in it. The cheese in particular (Caciocavallo Podolico) is rather noteworthy, being made from the milk of a rare breed of Italian cow, the Podolica. The cheese isn’t the only flashy aspect of this sandwich though – the French bread used is baked with Dom Perignon champagne and gold dust, and smothered with white truffle butter before being grilled. The edges of the sandwich are then covered in 24-carat gold leaf, and it is served alongside a tomato and lobster bisque, for dipping purposes.

Another expensive twist on a not particularly expensive sandwich, this club sandwich is made with sought-after Iberico ham, poulet de Bresse, 10g of white truffles, quail eggs and semi-dried Italian tomatoes. All of those luxurious ingredients are piled onto slices of sour dough bread that has been fermented for 24 hours, and the result is a sandwich weighing just over half a kilogram (530 grams). It’s telling that the restaurant that sells and serves this sandwich has a Michelin Star. This sandwich is just that decadent.

Some may be offended by the thought of a bacon sarnie that’ll cost you just shy of $310 (based on exchange rates at time of writing), but the folks at Tangberry’s Café don’t seem particularly bothered. The sandwich is made with a free range egg, seven rashers of rare breed bacon, black truffles, truffle oil, gold leaf, gold dust and saffron. While the price tag is roughly triple what the ingredients cost according to the World Record Academy, all proceeds from sales of the sandwich will go to SKRUM – a non-profit organisation that uses rugby to provide social education to children in Swaziland.

The bacon and egg roll is a classic breakfast staple; whether it’s from the local café or the barbeque at your kid’s sporting club on a Saturday morning, you can’t really go wrong with fried bacon and eggs on a bread roll. But you can go expensive, as evidenced by the bacon and egg roll made at 4Fourteen – a restaurant in Surry Hills.

The homemade brioche bun is filled with award-winning bacon from Slade Point Meat Specialists in Mackay, a fried duck egg, gourmet truss tomatoes which have been semi-dried and smoked, foie gras, caviar, crème fraiche, shaved truffles and English cheddar. The sandwich is served with chips and shaved truffle aioli, meaning that even the accompaniment is expensive!

Named after not the fast food chain but the man who created it, Scott McDonald, this sandwich is sold at Selfridges Department Store in London. The sandwich starts with sourdough bread that’s been fermented for 24 hours, and is filled with wagyu beef (incredibly expensive Japanese beef), a lobe of foie gras, black truffle mayonnaise, brie de meaux (considered to be Europe’s finest cheese), rocket, red pepper and mustard confit, and English plum tomatoes. It weighs 21oz and is estimated to contain around 2,500 calories. So not only will it break the bank, but it’ll break your belt as well!

*By the way, these may not actually be the most expensive sandwiches in the world – we’re just having a bit of fun.

My no.1 tip for a healthier lifestyle

Why you should drink water before your morning coffee 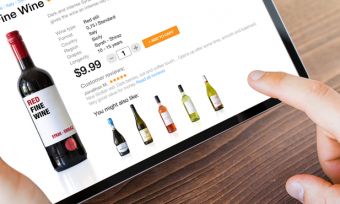 Guide to the Best Coffee Machines