Whether it’s the chocolate milk we drank through straws in primary school or the flat whites we sip in the office, milk has always been somewhere in our daily routine. It’s one of the most deep-seated parts of what we perceive as a healthy and balanced diet. A glass of milk is symbolic with good health, strong bones and a slew of other positive connotations. And while there are definitely proven health benefits to drinking milk, there are also a handful of health drawbacks that are occasionally overlooked. In order to provide a balanced overview, we’ve compiled a list of all the pros and cons of milk consumption. But do keep in mind, we’re not doctors, and that this is only a general guide.

What are the benefits of drinking milk?

Cow’s milk contains a bevy of vitamins and nutrients that do good things for your body, along with most of the five primary macronutrients that humans require for energy. Being more specific, milk has the following things going for it:

Milk is a complete food, meaning that it contains everything an animal needs to grow and develop, including protein, fat, carbohydrates and calcium. It’s like a one-stop-shop for all the important nutrition that the body needs. This means that plain milk, unlike several dairy products made from milk, is incredibly valuable as a relatively balanced source of nutrition, also providing the body with vitamin B12. While all the things found in milk can be found in other foods (in higher amounts), milk puts them all together in one package, making it incredibly practical.

It’s a good source of calcium

Milk’s high calcium content is possibly its best-known benefit. While it’s definitely not the best source of digestible calcium, for many people milk is the be-all and end-all of calcium sources, and that’s fine. There’s nothing inherently wrong with getting calcium from milk, as long as it’s not the sole source of calcium in your diet. Milk’s high calcium content plays into the next big benefit of milk, which is that:

Milk is good for your bones

Along with calcium, milk is also a good source of potassium and vitamin D (when fortified), which are two important nutrients when it comes to bone health. While you can get vitamin D rather easily (just step outside), it’s rather common for individuals to not be getting enough potassium, which milk (and bananas) can help with. Our bodies need vitamin D to absorb calcium, and potassium is important for building healthy bone mass.

Milk contains two of the better-known proteins – whey and casein. You might know whey as that stuff they use for protein powder. The ratio of whey to casein in milk is about 20/80, with whey being a fast-digesting protein (hence its popularity amongst muscle-builders), and casein being a slow-digesting protein. Both are good as individual proteins, however they’re at their most effective when working together, so getting them both in milk is great.

What are the drawbacks to drinking milk?

Some of the cons of drinking milk only apply to a small number of people, and some are more universal. None of these drawbacks are particularly serious in the grand scale of things, but certain people may be more concerned about them than others.

For those suffering from lactose-intolerance, regular milk is a no-go. For these individuals, a glass of milk can come with bloating and abdominal pain among other things, which is obviously less than ideal. The intolerance in question is actually an inability to digest and break down lactose, a form of sugar found in milk. However, many lactose-intolerant individuals have found success drinking Zymil, a form of milk where the lactose has been pre-processed and broken down, removing the issue entirely.

You might not know this, but milk has a huge impact on your body’s insulin response. That glass of milk you just drank is currently making its way through your digestive system, and along the way it’s stimulating your body into producing insulin. While this isn’t necessarily a bad thing for people who exercise regularly, if you’re trying to lose weight or avoid gaining weight, this is bad news. Any spike in your body’s insulin levels will result in a not-insignificant amount of energy being stored as fat in your body, so if you’re slamming large lattes in the morning but hoping for weight loss, you should probably rethink your coffee order and diet in general.

It doesn’t play nice with your skin

Those blessed with perfect skin that never breaks out or blemishes can ignore this point, but normal people should read on. Milk contains IGF-1, a protein and hormone similar in structure to insulin, which as we mentioned before, is released en masse when milk is consumed. Both regular insulin and IGF-1 promote the formation of acne, so chugging a glass of something that actively increases the amount of these chemicals in your body might not be the best idea if you’re going for clear skin.

A single cup of 2% milk contains about 120 calories, and considering that the recommended caloric intake for an adult is about 2,000-2,500 calories per day, that is a fairly significant number. Like any type of food and drink, milk in moderation is fine, but just don’t drink the stuff like it’s water, because it’s definitely not.

To drink or not to drink?

In summary, drinking milk is an individual choice. If you have problems with lactose or your skin, you might want to cut down on your consumption, or cut out milk entirely. But if you don’t have any problems drinking milk – dietary or otherwise – it’s really up to your own personal preference. Do what’s good for your body, and hopefully you’ll feel good about your decision. 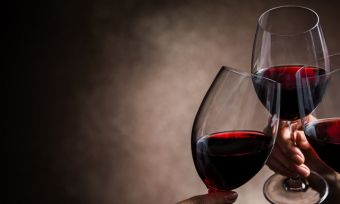