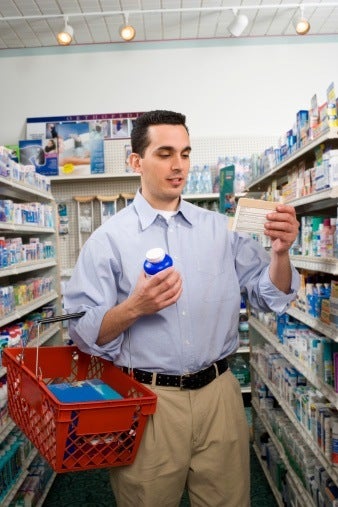 The range of medicine brands available these days is huge. 45% of Kiwis told us in a 2015 survey that they find the choice of multivitamins available confusing, let alone the medicines they’ve been prescribed!

When the pharmacist asks whether you’d like the generic version of your medication, the choice gets even more complicated. So can we trust generic medicines as much as established brand names?

What is generic medicine?

A generic medicine is an exact copy of a certain medication, made by any company who didn’t invent the drug themselves. Pharmacies often have a brand of each medication that is simply labelled with the name of its active ingredient, e.g. ‘Paracetamol 100 pack’.

They can be cheaper than the original brand name version. Generic medicines are often also referred to as ‘subsidised medications’ because there is usually one generic version of each drug in the government subsidy scheme.

Generic medicines are exactly the same as the version originally developed by a big brand because they are required to be ‘bioequivalent’. This means that they:

Bioequivalence is tested by using clinical trials with volunteers who’ve signed up to try out the generic medication.

What is the “common cold”?

How are generic medicines different to the brand names?

The generic version might be a different shape or colour of tablet, or it might taste a different flavour. There are two reasons for this.

First, the original company who invented the drug usually has a patent – the right to use a certain production process they invented to produce this drug – and so the generic version is produced using a slightly different process. For example, it might be produced in a tablet form instead of a capsule form. But it still works the same; it is the bioequivalent of the brand name original.

Why are they cheaper?

When a big brand invents a new drug, it costs a lot of money. They have to pay scientists to invent it, buy equipment to produce and test it, pay for clinical trials to be done, buy a patent so that they’re the only ones who can make it using their process, and market their new drug to the public.

The generic version, on the other hand, is produced after all that expensive stuff has already been done. All that’s left is to produce the drug and distribute it to the pharmacies. Sweet as!

Why we can trust generic medicines in New Zealand

All generic medicines have to be approved by Medsafe in New Zealand and go through bioequivalence testing to make sure that they do the same thing as the original brand.

In short, generic or subsidised medicines are safe, and they are better value for money. Always ask your pharmacist for the generic version if you want to save money. New medications might not yet have a generic version, but old ones usually will.

How to maximize your multivitamins

If I’m allergic to a brand name medication, will I also be allergic to the generic version?

Your pharmacist can tell you the ingredients in every medication – that’s their job.

What if I’m still not sure?

Ultimately, if it’s a source of anxiety to you, feel free to ask for the brand name version. A pharmacy cannot make you take a generic version instead – the choice is in your hands.

If you’re still not sure about the drug you were prescribed, it is easy to check it out online. Use the search function on the NZLUM (New Zealand Universal List of Medicines) website. Then you can see that the drugs in your generic medication are exactly the same as the brand name version.

PHARMAC and the New Zealand government have created a factsheet about generic medicines if you’d like more information.