According to Melanoma New Zealand, more than 4,000 people are diagnosed with either melanoma in situ or invasive melanoma every year in New Zealand – that’s around 11 every day. It’s the fourth most common type of cancer that affects us and, along with Australia, we have the highest melanoma incidence rate in the world.

Melanoma is a type of cancer which is caused by damage to skin cells from ultra-violet light.  It is one of the earliest cancers to be recognised, with the first known operation to remove the tumour occurring in 1787. Evidence from mummies discovered in Peru appears to show signs of melanoma, indicating that it has affected humanity for at least the last 2,000 years.  Melanoma is not contagious, but genetics have been shown to be a risk factor; a family history of the disease can make you more susceptible.

Like other cancers, melanoma is an uncontrolled growth of damaged cells which have the potential to spread to and invade other parts of the body.  Exposure to sunlight, or the use of solariums, can damage the structure of the DNA hidden inside cells, making them incapable of self-destructing when they grow too much.

Melanoma is typified by changes in the shape or colour of existing moles, or the sudden appearance and growth of a new one.  Early stages of the cancer can be identified by the ‘ABCDE’ mnemonic.  A mole which displays Asymmetry, irregular Borders, multiple Colours, a large Diameter or which Evolve over time may be a melanoma, and should be checked out by a dermatologist.  Further, any mole which appears suddenly, is firm to touch and continues to grow should also be checked.

If detected early, melanoma is usually easily treated.  If the cancer is small enough and has not metastasized (spread to other parts of the body) a relatively easy biopsy or surgery can remove the entire infected area.  However, if the cancer is more advanced, chemotherapy, radiation therapy and other typical cancer treatments may be required.

Survival rates for melanoma are typically very high, provided that it is treated early. Nevertheless, the Ministry of Health advises that approximately 300 New Zealanders die of melanoma every year. 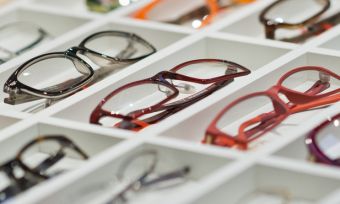 Picking an Optometry Store in New Zealand: Who Kiwis Trust