Which is better? Canstar Blue’s recent survey of more than 2,000 New Zealanders found, interestingly, that dishwasher/hand washing preference is fairly evenly split, with 47% of survey respondents stating that they prefer washing up by hand to using a dishwasher.

So – let the epic battle between hand washing your dishes and using the dishwasher begin.

Sinks are much higher than dishwashers, so you can save your back from strain by standing upright at the sink instead of bending down over and over to stack the dishwasher.

A Swedish study has shown that hand washing leads to fewer childhood allergies than using the dishwasher. Researchers said this is possibly because this method doesn’t sanitise as harshly as dishwashers do, so it leaves a few microbes behind and forces children’s immune systems to develop to full capacity. Children in hand washing houses had less asthma, eczema and hayfever. This study confirms previous studies including a 1958 study of British children that explained a growing incidence of allergies and autoimmune disorders.

Do you pile your sink high with dirty dishes until you have literally run out of plates, bowls, and any form of cutlery, before you would even consider washing a load of dishes? A dishwasher is the ideal solution for you. Rinse and stack, and when the dishwasher is full, you know it’s time to run a load.

Most new models of dishwashers are so water-efficient that you may as well use them instead of washing by hand! Some models use as little as 10 litres of water for a standard strength wash, which is less water than you would use when washing by hand anyway. In fact, studies in Britain in 2007-8 showed that dishwashers even back then used less water and energy than washing by hand, making them cheaper in the long run.

Dishwashers also use less detergent than hand-washing, showed a study by the University of Bonn in 2011.

Machines disinfect better than people. If you live with a hypoallergenic adult (not children), it might help to sanitise your dishes fully in a dishwasher. A New York study in 1947 showed that even in that era, dishwashers could disinfect dishes better than washing by hand. 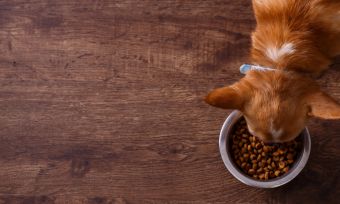