It seems television shows such as The Block are encouraging a new generation of Kiwis to give DIY a go. And while we are increasingly looking online for guidance when it comes to completing projects at home, we still value support and advice from our local hardware stores.

In a study released today by Canstar Blue, which finds Mitre 10 as New Zealand’s favourite hardware store, 88% of respondents have completed DIY projects with nearly a quarter saying they had been inspired to try DIY after watching a show on television. Nearly half of those surveyed admitted referring to online ‘how to’ tutorials tackle that job around the house.

We’re pretty pleased with our efforts around the house too. A total of 79% of respondents reported their DIY efforts as a success, with only 4% of respondents having to call in experts to finish the job. When it comes to motivation, saving money drove 78% of respondents to pick up a hammer, with 60% also admitting to enjoying the experience.

“Our research shows the level of service and advice offered by DIY stores is the most important driver of customer satisfaction,” says General Manager Canstar New Zealand, Jose George.

Just under a third of respondents said they valued service and advice the most, with 30% citing value for money as their key driver of satisfaction.

Mitre 10 General Manager Marketing Jules Lloyd-Jones says the award is further recognition for the customer service Mitre 10 is known for.

“We’re really proud to have received this recognition from our customers. Customer satisfaction encompasses so many things, so this is an award that acknowledges the work of every member of the Mitre 10 team, from our front line customer service teams right through to our category teams that ensure we have the right products on the shelves.”

But it’s not just DIYers frequenting the aisles of their local hardware stores. Nearly two thirds of respondents said that they visit hardware stores for non-DIY items such as containers, storage, home and garden wares, and plants.

“This indicates our DIY stores are responding to the increasing number of Kiwis renting or living in smaller units by catering to those looking to undertake general home improvements alongside traditional construction-related jobs,” says George. 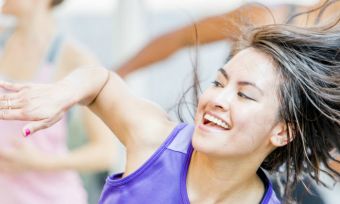 Media release: ‘It’s getting harder to be a small business in New Zealand, but technology is making life easier for us’