Orcon and 2degrees are two of the largest ISPs in New Zealand. Both plans provide ADSL and Fibre broadband plans to customers around the country, and both pack in lots of value in the form of high download speeds, call packages and other bonuses. We’ve reviewed the products offered by both providers so you can see which one provides the best broadband internet connection for your household.

What does 2degrees offer?

2degrees offers two separate broadband plans delivered via the company’s Ultra-Fast Fibre network. Both services come with base download/upload speeds of 100/20 Mbps, which is several times faster than typical fibre internet speeds of 30/10 Mbps. This makes 2degrees the perfect provider if you love streaming movies and playing video games, or perform a lot of large file transfers online.

If even these high speeds don’t satisfy you, you can add one of two Fibre Speed Boosters to your plan. The first boost is up to 200/20 Mbps for an additional $24.95, and the second is a simply unbelievable 1000/500 Mbps for $44.95 per month – that’s up to 1 Gigabit per second when downloading, fast enough to buy and download an HD movie in under 30 seconds.

2degrees offers two broadband plans, which you can subscribe to on an open term plan or a fixed 12 month or 24 month term; the plans bring the following inclusions to the table:

What does Orcon offer?

Orcon provides plans on both the older ADSL network and the new, speedy Fibre network. On both plans you have the choice of the choice of a 100GB plan or an unlimited plan – although unlimited is standard on the fastest fibre connection. On both connections you can add a homeline connection for $5 a month, and receive free national calls along with the option of buying several add-on packs for mobile or international calls. In addition, you can purchase features such as a static IP address, wiring insurance and a family internet filter at your leisure.

Like most other providers, Orcon provides free installation for new customers; unlike many providers, they also supply a free Wi-Fi modem on the standard 12 month contract. You can also choose from one of several speed tiers on your Fibre connection; the largest of these is provides a whopping 1 Gigabit/second download rate, and includes a brand new Xbox One S into the bargain on a 24 month contract (12 months will get you one month free instead). Check out Orcon’s plan range below:

How do the two providers compare?

Orcon and 2degrees stack up fairly evenly in terms of fibre internet connections. 2degrees provides a cheaper entry-level plan than Orcon at $75 per month, but Orcon justifies their higher price by providing 100GB rather than 80GB. Both companies offer identically-priced unlimited plans on the base download speed tier, both priced at $95 per month, although Orcon seems to offer the better value phone pack at just $5 for unlimited landline calls.

Crucially, both providers offer exactly the same speed boost options: 200/20 Mbps and 1 Gbps/500 Mbps, with almost identical pricing to boot. That said, Orcon does have the advantage of offering an extra option in the form of a 200/200 Mbps symmetrical connection – ideal for people who work collaboratively on large files that require lots of uploading, such as CAD, video editing and other media. 2degrees offers more plan flexibility with their choice of three different contract options, whereas Orcon packs in more value with the addition of an Xbox One S with their Gigabit broadband plan.

Overall, it’s very hard to pick between these two competitive broadband providers. Both offer similarly priced broadband internet and similar inclusions, and both pride themselves on quality NZ-based customer service. If you hate being locked into a contract, then 2degrees offers you more flexibility with their monthly plan options; but if value is king, then the cheaper phone packages and bundled entertainment systems offered by Orcon will probably make it your provider of choice. For more on 2degrees, Orcon and other broadband providers, check out Canstar Blue’s star ratings. 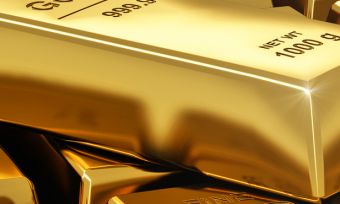 Shop like a pro: the top tech to buy if you’ve millionaire moolah

What is Fixed Wireless Broadband?