Vodafone is a huge multinational telco, operating across many countries and even sponsoring our own Warriors Rugby League team. Vodafone New Zealand offers both broadband and mobile phone plans, and the same can’t be said for our Aussie cousins across the ditch that only get Vodafone mobile phone plans. Adding to the large gamut of providers cropping up in NZ, Vodafone has a range of internet plans that we suspect might be worth a look into. Let’s see what plans Vodafone offers in the broadband space and how it compares to other NZ providers.

Vodafone has a fairly comprehensive selection of broadband plans for home wireless, ADSL, VDSL, fibre and Fibre X connections. Users on Fibre X connections can receive up to gigabit speeds, but not all plans on this connection are available. Plans are detailed as follows:

As you can see, customers hooked up to the fibre network generally get a much better deal on their broadband plan than customers still on the slower ADSl or VDSL networks. Vodafone has stated that its regular fibre connection is capable of speeds of up to 50Mbps, and customers capable of receiving the FibreX Max Plans “in really good conditions” to expect speeds up to 700-900Mbps.

Beyond that, Vodafone also offers a range of extra perks that may sweeten the deal a little bit.

And of course, home phone plans are available for about an extra $10-$20 a month under the ‘Homeline’ plan in which you receive unlimited phone calling nation-wide. Beyond that, rates are ‘pay as you go’ (PAYG), with national calls starting at 25c a minute, depending on what kind of broadband connection you have. Fibre customers seem to get the better PAYG rates.

Vodafone has something to offer a large range of Kiwi customers, acting as a full-service internet and entertainment provider with both basic naked plans and pay TV packages. So let’s see how Vodafone stacks up against the competition.

How does Vodafone internet compare to other providers?

Vodafone may not appear the cheapest NZ broadband provider, but you have to weigh up exactly what you’re getting for your money. When it comes to down to price, this is how Vodafone lines up:

As you can see, at face value Vodafone is one of the middle-of-the-road providers on the market as far as price goes, but what it lacks in ‘bang for buck’ it makes up for in freebies and enticing bonuses. As mentioned earlier, you can expect things like free Neon on-demand movies and shows for a year, as well as free speed upgrades.

While there are a few providers that are cheaper, often these plans are offered with no frills. This is also the case with another provider – newcomer MyRepublic. It frequently offers unlimited data to the tune of about $75 a month for the first year. Just like Vodafone, many other providers also offer discounts if you bundle your plan with a mobile phone plan. As well as this, some providers also offer entertainment bundles.

Vodafone’s gift card and cash-back installation offers also help sweeten the deal and may make Vodafone a premier provider for first-rate service. Vodafone may get a bad rap, as it scored a comparatively low three stars overall in our customer satisfaction ratings, but there may be a lot of value to be had with Vodafone behind those comparatively high prices.

Is a Vodafone internet plan a good idea?

While a bit more expensive at face-value than some other internet providers, Vodafone certainly packs a lot into its plans and you may find them to be pretty solid value. Value is the key word here. You can expect freebies like free streaming subscriptions, cashback credit and bundling discounts amongst other perks. While this is not unique to Vodafone, it might pique your interest for the ‘Red V’. Further, customers on a fibre network connection get bigger benefit from Vodafone as they get superfast speeds for cheaper prices – generally speaking. Overall, Vodafone’s broadband plans are not just ‘broadband’, so if you’re willing to pay a little extra you may find yourself with a range of other perks that you may not get with other providers. 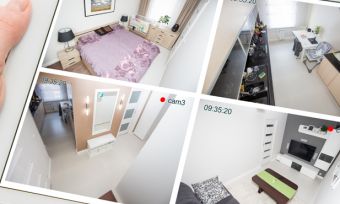 The top gadgets for an always-on home

What is TikTok and how does it work?

Getting connected to UFB: How much data is enough?