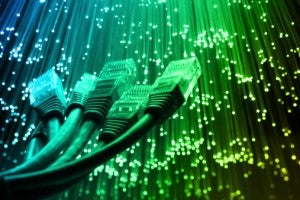 With every passing month, the number of things we rely on the internet for grows and grows. We use it to keep in touch with our loved ones, to buy clothes, to order groceries, to catch up on TV shows we’ve missed and look up sporting results. According to Statistics New Zealand, there are approximately 1.6 million home internet connections around the country. Or in other words, 90 connections for every 100 households in the country. That represents growth of 8% in the year to 30 June 2014 alone! Given the central role a reliable broadband connection has, what do you need to consider when buying a new plan or upgrading your existing one?

How fast does the connection need to be?

The speed you need depends on your intended use. Generally speaking, the more people using the one connection and the more video content you expect to use, the faster a connection you need. Once the government’s Ultra-Fast Broadband Initiative and the Rural Broadband Initiatives are fully rolled out, 97% of New Zealanders will enjoy faster-than-current internet speeds – the initiative aims to enable downlink speeds of at least 100 Mbps (megabits per second), and uplink speeds of at least 50 Mbps. The initiative will not be fully rolled out until 2020 though, although the government does aim to have   schools, hospitals and 90% of businesses connected by the end of 2015.

Pre ultra-fast broadband though, it’s a case of researching your provider options and choosing an option available in your area.

The speed you choose will, in part, be determined by your choice of connection type. In metropolitan areas there are typically a wide range of options, while in rural regions your options may be more limited.

How much data allowance do I need?

Statistics indicate that we are requiring more data than ever before! According to a Statistics New Zealand report released in October 2014, the amount of data used by Kiwis increased 18,417 terabytes in the 12 months to June 2014. Specifically, in the year ended June 2014, we used 53,068 terabytes, compared with 34,651 terabytes in June 2013. Statistics NZ calculates that this increase equates to around four million high-definition movies!

In the month of June 2014, data usage was the equivalent of 12GB per person (or around 60 hour-long TV episodes). So – be realistic about the volume of data you really do use!

How much am I willing to pay?

In Canstar Blue’s recent survey of 1,127 broadband customers, value for money was an important driver of satisfaction. Broadband plans can start from less than $50 a month and rise to more than $100. The price you pay will depend on the type of connection, the maximum speed and the data allowance. Faster plans with more data are of course going to be more expensive than slower plans with less data.

Another factor to consider is the consequence of your exceeding the data limit. While limits are becoming far less common for fixed line connections, many wireless plans may include an excess usage charge, whereupon you are charged money for all data used after your initial allotment. If you don’t keep an eye on usage, the costs of this charge can rack up very quickly.

As already mentioned, it comes down to being realistic about your monthly data usage!

Does it include installation? If not, am I prepared to set it up myself?

When you buy a new internet plan, one of the hurdles to look out for is installation. Depending on the plan you choose, there may be a one-off initial connection fee, an installation fee and a fee for the necessary hardware. The connection fee is often unavoidable, but depending on your technical knowhow (or friends with technical knowhow) and whether or not you already own a modem, you may be able to avoid the latter charges.

Installing a new broadband connection is not terribly difficult but it can be challenging if you’ve never attempted something like it before, so paying for a professional may be worth the extra cost. You may already have your own modem, and many plans allow you to use your own, saving you some money. However, older modems may actually be slower than the maximum speed of your new connection, so an upgrade may be worthwhile.

What about the contracts I need to sign? And should I secure my connection?

When looking for a new broadband plan, consider your needs carefully. Don’t be tempted by a flashy, high-speed, high-data-cap plan if you’re unlikely to actually use it – you’ll just be wasting your money on data and speed you don’t need. You should also carefully consider the contract length. Cheaper plans may come with extended contract lengths, with steep charges if you break the contract early. If you’re likely to move soon, it may be worth paying a bit more now for a more flexible plan.

The final thing to be careful of is network security. If your modem has wi-fi capabilities, as most these days do, it is important to secure your network. If you don’t, you could find strangers piggybacking on your connection and using up your data. Using a standard encryption protocol, like WPA or WPA2 with a password is often all that’s needed to keep your connection secure and is relatively easy to set up.