Christmas is just around the corner and with more and with gaming becoming a popular hobby, you can count on gaming-related items being on many wish lists. Unsure of just what to get for the gamer in your life? Worry not and take a look at Canstar Blue’s Christmas gift ideas for gamers below.

In order to play video games, you’ll first need a platform to play on. Many electronic retailers now sell games, gaming consoles (like the PlayStation 4, Xbox One or Nintendo Switch), and accessories as part of a bundled deal, providing you with more bang for your buck.

The fastest selling and most popular gaming console in the New Zealand market, the PlayStation 4 console is ideal for anyone wanting to enjoy a variety of games across all ages. At present, there are a number of different bundles, which offers not only the console and controller, but a digital copy of a recently released game.

If you’re looking for that extra wow factor and love how detailed a game can look on screen, bundles that include the PlayStation 4 Pro are your best bet. This is because the Pro edition of the console is 4K TV and HD TV enhanced, increasing the clarity of the game’s image.

However, if you don’t have a 4K or HD TV, then you’d be wise to go for the cheaper, standard PlayStation 4 bundles, which offer everything except for image enhancements.

Xbox One S and Xbox One X Bundles

Like the PlayStation consoles, Microsoft’s gaming platform, Xbox, also comes in two varieties: a standard Xbox One S console and a more powerful and enhanced Xbox One X console. Both consoles are available as part of a bundled deal at most electronic retail stores.

The Xbox One S is currently a popular standard Xbox console, more suited toward families and those who do not own 4K TVs. It’s a notable and affordable device but, its big brother, the Xbox One X, is far superior, in my opinion. Not only does it provide a clearer and more visually detailed game, best played on a 4K TV, it also runs a lot faster, making long loading times a thing of the past. On top of that, video game developers are now prioritising games for the Xbox One X over other versions. Therefore, the Xbox One X will likely be a console that is able to play new games for several years to come, as opposed to the shorter lifetime of the Xbox One S.  Of course, the former is far more expensive, as a result.

The Nintendo Switch has quickly become a Kiwi favourite, being a hybrid console that allows gamers to play at home, hooked up to a screen, just like any other console, or remove it from the dock and be able to take it along wherever you go. With fan favourite titles franchises such as Super Mario, Pokemon and The Legend of Zelda all having games made for the Switch, this hybrid console provides hours and hours of fun.

For those who are looking for a cheaper and more basic alternative, Nintendo recently released a portable only version of the Nintendo Switch, known as the Nintendo Switch Lite. This handheld, portable console is not only cheaper, but is also far lighter, making it easier to carry with you, while being able to play the robust library of Nintendo Switch games.

Virtual reality (VR) gaming provides gamers with a truly immersive, first-person perspective of playing games via VR gaming devices and accessories.  A fun, one-of-a-kind experience, VR gaming not only provides hours of endless fun, but can also make for a unique Christmas gift.

If you’re thinking of gifting the gamer in your life a VR device, PlayStation’s VR Headset bundle is an affordable option. The PlayStation VR bundle works well with a PlayStation 4 console and comes bundled with the PSVR headset, a V2 camera (which acts as a sensor), a VR Worlds game, as well as demos for six other titles.

Like with most retailers, electronic stores often offer a variety of gift card options, which make for ideal Christmas presents.

When it comes to gaming, not only are you able to gift a store gift card with credit preloaded, you could also purchase subscription cards that allow gamers to play their video games online, such as PlayStation Plus or Xbox Live.

These subscription services come in 1-, 3- or 12-month varieties and not only provide access to online services that allow gamers to play multiplayer games but also come with free monthly games.

Alternatively, for those who play games on Xbox, Microsoft has recently released a brand new subscription service called, Xbox Game Pass, which includes over 100+ games that Xbox gamers are able to enjoy for a monthly fee. This service can be purchased as a physical card, with a redeemable code attached, making it ideal as a gift.

There are many games that do not require an Internet connection to be able to play but most games today are multiplayer and require memberships to online services. So, to be able to play online, a stable Internet connection is required. In most cases, a VDSL connection is enough to provide uninterrupted gameplay. However, there are times when you might experience buffering and lag, depending on how many users are on the same network. For peace of mind and to eliminate problems with delay and lag, a Fibre connection would be more ideal.

Not sure what the differences are between VDSL and Fibre? Take a look at Canstar’s guide here.

To compare broadband service providers in New Zealand and to find the right option to meet your gaming needs, use Canstar Blue’s customer satisfaction table.

Dhayana Sena is a gaming enthusiast who has spent several years writing for various publications within the New Zealand gaming industry. 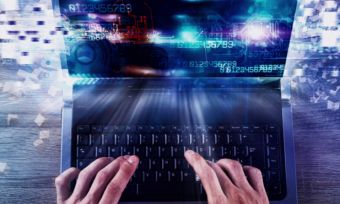 How to get the best broadband speed you can

What are the best broadband plans for renters?