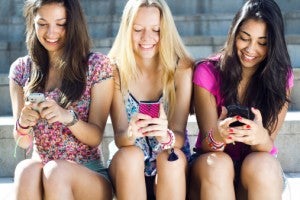 If you own a smartphone these days (i.e. virtually everyone), you’ll no doubt have heard the terms 3G or 4G thrown around to describe your carrier’s network. But what do these terms actually mean, and why is the more recently introduced 4G network so much better? Read on for a clear explanation of how these mobile standards work.

3G, an abbreviation of ‘third generation’, is used to describe the previous generation of common standards in mobile telecommunication networks, and was introduced commercially in the early 2000’s. Essentially, it meant that devices that were ‘3G ready’ could transfer data at a rate of at least 200 kilobytes per second, which is enough to stream a small video, or download an app. These standards were first implemented in the early 1980’s with 1G analogue mobile technology1, followed by 2G digital standards in the early 1990’s.

With our collective increasing use of the internet though, the download speeds on the 3G network are no longer sufficient for many…  enter the new wave of carrier network standards: 4G.

4G stands for fourth generation, and LTE stands for ‘long term evolution’. This latter term is the official name for the new generation of mobile telecommunications standards launched to the public in 2009, which began rolling out in New Zealand in 2013. LTE provides hugely increased mobile data speeds and voice call quality compared to 3G. 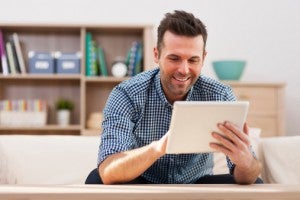 Interestingly, LTE doesn’t technically meet the standards dictated by the aforementioned ITU for a technology to be considered ‘4G’. An upgraded version called LTE Advanced which meets these standards is being rolled out worldwide over the next few years, and is fully compatible with existing LTE infrastructure. Long term evolution indeed.

LTE can provide theoretical maximum download speeds of 100Mbps when moving at high speeds, and up to 1Gbps (1 Gigabit per second) at maximum – enough to download an HD movie in mere seconds. It certainly makes the prospect of long haul trips much less painful – you can just tune out and stream your favourite shows and movies in glorious 1080p high definition to your phone or tablet.

Is 4G available where I live?

4G has currently been rolled out in many areas around the country, with a focus on capital cities and major regional centres. All the major providers have committed to rapidly expand their coverage over the course of the next few years. Try the Open Signal app to check coverage in your area.