In November 2019, Chorus launched Hyperfibre, but what is it and what does it mean for New Zealand? Canstar Blue takes a look.

First things first, what is Hyperfibre? Hyperfibre is essentially what Chorus has dubbed its next generation 10Gbit/s fibre service. The services will be symmetric, which means the speed will be the same for uploading and downloading. The roll-out of this ultra-fast fibre will see New Zealand become one of only 10 countries in the world to offer broadband faster than the older gigabit passive optical networks (GPON), according to Chorus.

However, New Zealand won’t have access to the maximum speed fibre service straight away. Chorus will start by rolling out speeds of 2Gbit/s and Gbit/s initially with an 8Gbit/s service coming at an as yet undisclosed time in the future.

Chorus’ new service will use XGS-PON, which is the International Telecommunications Union’s standard, developed in 2016.

What testing has been done on Hyperfibre?

Spark initially trialed the XGS-PON fibre technology in film and video technology. Chorus’ launch of its Hyperfibre technology was held at one of these trial sites – multimedia agency Augusto (in Auckland).

According to Augusto, this new technology has been critical to the workflow and growth of the company’s New York office and client base, Reseller News reports.

What are the advantages of Hyperfibre?

Hyperfibre offers low latency which means the technology allows processing of a high volume of data messages with minimal delay. So, this ultrafast fibre offers great potential for businesses who transfer large amounts of data, such as in creative industries.

According to Chorus, the technology also offers great opportunities for industries that rely on real-time communication and high-resolution images, such as remote medical diagnostics and surgery, as well as gaming and interactive entertainment services.

According to Chorus, most of the infrastructure required for Hyperfibre is already in place and it intends to release the services region by region, starting in February 2020. The roll-out initially targets film production sites, but roll-outs are subject to regulatory approval.

It remains to be seen what Hyperfibre could mean for the everyday New Zealander – beyond business. 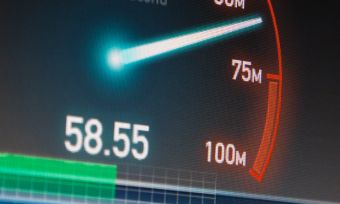 What are the best broadband plans for renters?