The Nintendo Switch has been a revelation since its release, offering a quality of gaming not previously seen from a portable device. And the new Nintendo Switch OLED model promises even more. So what is the new OLED model, and where can you buy one?

In October this year, Nintendo released an updated version of its massively popular Nintendo Switch console, the Nintendo Switch OLED. As the name suggests, it features a stunning 7” OLED screen, bringing games to life in a whole new way.

And the updated console has proved equally popular, selling out across the country. So where can you buy the Nintendo Switch OLED Model, and what else do you need to know?

Canstar guides you through it below.

What is the new Nintendo Switch OLED model?

The Nintendo Switch OLED is, as the name suggests, a new Nintendo Switch that features OLED display. OLED offers far brighter, richer colour, and deeper contrast than LCD, which the current Nintendo Switch and Nintendo Switch Lite sport. A large part of this comes from OLED’s ability to turn off individual pixels. So, instead of emitting a ‘black colour’ (that often appears more grey), it can turn those pixels off. Creating true, deep levels of black.

Paired with bright and vibrant true whites and you have a stunning visual upgrade. This means your games are going to come to life in vivid detail and colour.

What other upgrades does the OLED model offer?

There are a few other upgrades to the new OLED model, but overall, the bones remain the same. So this is by no means a Nintendo Switch Pro (as it was once rumoured to be). The hardware is the same and there aren’t any gameplay or graphics boosts to be had.

The new Switch has slimmer bezels, meaning the 6.2″ screen has been expanded to a noticeably bigger 7″, and at the cost of only around a 1mm wider console. While that doesn’t feel any different to hold, do note your Nintendo switch skins, holders, and cases may not fit a new OLED model.

The audio has been given a boost, offering better sound quality. Internal storage has doubled, from 32GB to 64GB, giving you more holding space before loading up your SD card. The docking station has had a minor, yet stylish, update. And it now comes with a LAN port, for wired and stable internet connection. With the growing number of cloud-based games (which require an internet connection to play), the speed and stability a LAN port offers is a plus.

And lastly, the flimsy and limiting kickstand has been given the boot. A redesign now features a wide and stable kickstand that is adjustable, allowing you to tilt your screen to almost any angle while you play.

While not a Nintendo Switch OLED exclusive, it’s still worth mentioning the new online expansion pack membership released by Nintendo. This includes all the benefits of a regular online membership, plus access to a library of classic Nintendo 64 and Sega games, plus the Happy Homes Paradise expansion pack for Animal Crossing: New Horizons.

Pricing for Nintendo Switch Online memberships can be seen below:

Family membership (up to eight accounts):

Is the Nintendo Switch OLED available in New Zealand?

The Nintendo Switch OLED was released here in New Zealand on October 8 and has proven hugely popular. It has sold out at many retailers across the nation. While not as rare as a PS5 consoles or Xbox Series X, the Nintendo Switch is in somewhat short supply.

In fact, just last week a close friend of mine managed to get his hands on the very last model he could find in Wellington. Sorry Wellingtonians!

Why is it so hard to get a Nintendo Switch OLED?

Every time someone asks why their local retailer is all out of iPhones and iMacs, or PS5s, or even why their local car dealer can’t order them in a new car, the answer is the same. The semiconductor chip shortage.

Semiconductor chips are a crucial component of electronics, medical equipment, cars, and a wide array of other products. Many industries are feeling the crunch, being forced to cut manufacturing because they can’t source enough chips.

And Nintendo recently announced it will be cutting production of  Switch consoles by 20% because, you guess it, they can’t get enough semiconductor chips.

It’s also important we don’t forget to credit Nintendo. The shortage is also, in part, because the Switch is such a wildly popular console. And any new and updated version (eg. the OLED model) is also going to be wildly popular.

What is causing the semiconductor chip shortage?

Covid-19 has caused delays in nearly all areas of the manufacturing process. Workforces are reduced; power shortages in China are shuttering factories; Covid outbreaks are forcing staff to halt work and isolate; and ports are facing bottlenecks and backlogs. To make things worse, we’re shopping online more than ever, driving up the demand of an already overworked sector.

And to top it off, semiconductor chips are in growing demand, too, with more and more products continuously incorporating them. So, even factories that are able to continuously operate at full capacity are not able to keep up.

When will the shortage end? 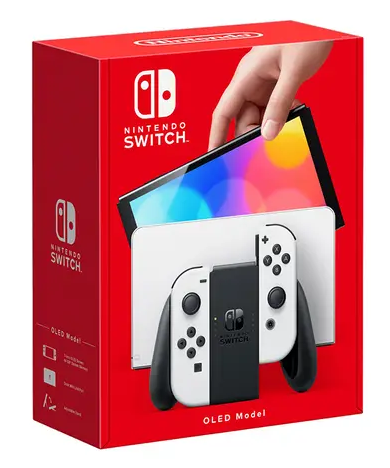 How much does the Nintendo Switch OLED cost?

The current pricing* for the Nintendo Switch OLED is $619.

*Prices are a guide only and shouldn’t be used as a quote.

Where to buy the Nintendo Switch OLED in New Zealand

But according to retailer websites, the only site currently selling the Nintendo Switch OLED, with available stock, is Dick Smith. Meaning there is no possibility of grabbing a Switch OLED in store.

It is worth noting that the original Nintendo Switch and Nintendo Switch Lite consoles are less in demand and may be a great option for some. The Lite, in particular, is a great on-the-go option for many casual gamers, and at a much lower price point. Do note, the Switch lite only supports handheld mode, so can’t be played on a TV.

If you do want the OLED model, we recommend signing up for newsletters to be in the know about upcoming restocks. Keep in mind, however, that unless specified these are general newsletters that will contain information, sales, and promotions on a wide range of products, not only Nintendo Switch OLED restocks.

If you can’t wait

Finding a new Nintendo Switch OLED isn’t easy. And if you don’t fancy playing the lottery and trying to snap up restocks, you do have some other options.

If you want to get your hands on a console now, you can either look abroad or go second hand. Overseas retailers may have some stock or releases on the horizon. But, keep in mind that the global supply has been impacted, and demand is high overseas, too. You may also find restrictions preventing you from purchasing online (many retailers are doing in-store purchases only) and shipping internationally. And, if you do manage to do so, you will likely pay a premium in shipping costs.

Otherwise, there are currently Nintendo Switch OLED consoles being sold here in New Zealand, on popular sites such as Facebook Marketplace and TradeMe. If you can’t wait until retailers restock, this could be your best option. Do note that people reselling these consoles are up marking them and you will have to pay well over the regular retail price. You will also be buying it without the assurance it’s in good working order, and without the warranty that comes when purchasing new. So it’s buyer beware.

If you’re after the best gaming broadband, it pays to look at your options. Different providers not only have a variety of plans and pricing on offer, but the coverage and type of broadband on offer can vary too.

The table above is an abridged version of our full research, so to find out more about NZ’s best broadband providers, just click on the big button below: 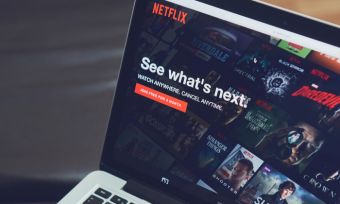 Password Managers: How do They Work and Should You Use One?