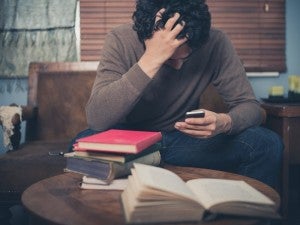 The majority of New Zealanders are in the dark over their home communication plans – and it could be costing them.

A survey of more than 1,800 households by Canstar Blue found that just 39% are aware of the length of their bundled communications service and 33% are uncertain about the details of their plan, including call and data allowances.

Bundled communication plans include broadband coupled with either home phone or mobile under a single bill.  And Canstar Blue General Manager, Jose George, said many households could be in desperate need of a new deal.

“It’s easy to sign up to a plan in a hurry and forget about it for years,” he said. “If you’ve had the same bundle for a long time, you may find your needs have changed and there might be a deal elsewhere that better suits your requirements and gives you better value for money.

“There’s a perception that switching plans is a particularly onerous task and people will continuously find an excuse not to go through with it. They’ll be concerned about losing their phone or internet connection for a period of time and they’ll talk themselves out of putting in the work.

“But unless you want to be stuck paying more than you might have to, it makes good sense to regularly review your plan and see what else is available. You might struggle to find the motivation to switch if it’s only going to save you $10 a month, but over a couple of years the savings could really start to add up.”

The Canstar Blue survey, of bill-paying adults conducted in August and September, also found that just 31% are aware of the exit conditions and fees of their current plan. Despite their lack of knowledge though, most Kiwis are in favour of bundled plans, with 65% agreeing that they are more convenient than having separate internet and phone arrangements. In addition, 55% think they offer better value than separate plans.

Which service provider is rated highest?

Survey respondents were asked to score their service provider across a range of research categories, forming Canstar Blue’s customer satisfaction ratings for 2015. Of the seven brands that featured, Flip was the only one to achieve a five-star rating for overall satisfaction. It also got top marks for contract clarity, flexibility, billing and value for money.

“Consumers demand a reliable network, great customer service – should they need it – and, of course, they want to get their money’s worth,” said Mr George. “Right now, Flip customers are convinced they’re getting a good deal.”

“We always suspected people wanted to be in control, and do things online, and this is a great endorsement of that. We’re committed to building even better and simpler tools for people to manage their telco services. Telco should be great value, easy-to-use, and no hassle, and we think Flip is onto a winner with that attitude.”