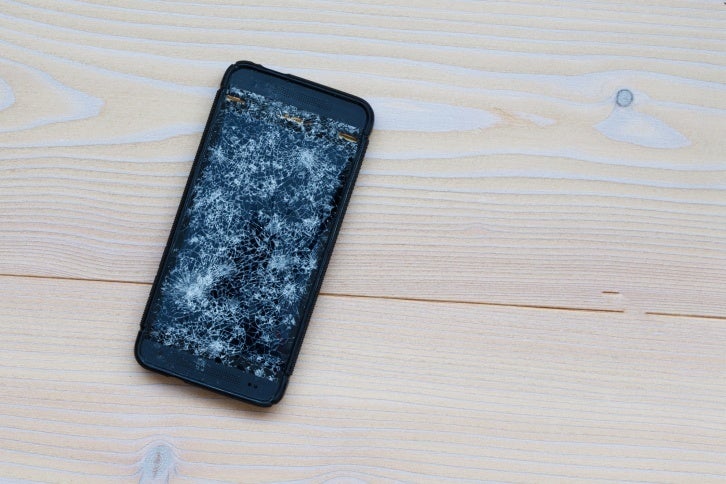 Smartphones: they are incredibly useful, but they’re not indestructible.

Here are some of the ways that Canstar staff – or our family members and friends – have broken their phones.

Here are some classic examples.

“I dropped mine into the pool while taking a selfie.”

“I dropped it face down on my gravel driveway.”

“It ended up in the dog’s water bowl.”

“I dropped my phone in the bathtub.”

“I had my phone placed on a marble counter top when I received a phone call.  It vibrated itself off the counter and onto a hardwood floor, leaving a dirty great vertical line down the middle of the screen and rendering it unusable.”

“It went through the washing machine with my clothes… twice.”

Apps to have when travelling

If you’ve dropped your phone in the toilet, take comfort in the fact that you aren’t the only one.

“It fell out of my back pocket and into the toilet.”

“I’ve had a couple of friends drop their phones into the toilet. Not to worry though, they used their trusty instincts and shoved the phone into a bag of uncooked rice to soak up all the water and moisture. Phones are up and running again.”

“I dropped it in the toilet at a club.”

“I fished it out, but it didn’t work again.”

“I have had the fateful toilet drop. I had placed my phone inside the front pocket of my hoodie jumper. Upon turning around it slipped out and landed in the toilet. While that was unfortunate I was just happy that the toilet had been flushed. The phone recovered but it was never the same and due what had happened to it in the past our relationship slowly disappeared before I upgraded to a younger better model.”

What mobile phone do you use?

It can be a tragic loss when you’re out and about.

“When hiking down a waterfall, I tripped and smashed the screen.”

“While trying to put my phone in my pocket and juggle an over-excited toddler on our first trip to a sports arena, the phone leapt from my pocket and went down the concrete steps.”

“I went sailing one day (first time I’d been) and was so excited.  I was taking a pic with the camera on the phone and absent-mindedly walked off the end of the pier. Had this surreal moment underwater where I felt the phone slip out of my hand and knew that it was gone!”

Sometimes it isn’t really your fault.

“Steam from the shower killed it.”

“I tried to perform a firmware upgrade, but it never took and bricked the phone.”

“My iPhone 3GS battery, towards the end of its life – around the 3 year mark – did a peculiar thing when left in a humid/warm place for an extended period of time. I left it in my car (undercover) one weekend. When I discovered it on the Monday, the screen had popped out of the phone casing. Apparently the battery inflates like a balloon when exposed to too much heat.”

“It just malfunctioned and that was it.”

“My daughter pushed her brother into the pool; the phone was in his pocket and died a quick death.”

And sometimes you just end up with a good story…

“It survived a fall in the pool, but when I pulled it apart, the battery fell between the decking and was lost forever.”

“I was trying to impress a girl with my spontaneity and sense of adventure, so I jumped into a pool fully clothed. Completely forgot about my phone in my pocket…”

“My boyfriend accidentally reversed over his old Nokia N97 one day… It still worked, despite having an almost completely smashed case.”

“My little brother dropped his *Nokia* phone in a rain puddle in a carpark. He didn’t realise it was missing until a day later, after more rain. Drove back and fished it out of the puddle. Put it in a small bowl of rice and within hours it had turned on and was working fine.”