Advertisement
You don’t have to spend a fortune to get a great all-round smartphone. Canstar explores the best mid-range smartphones on the market.

If you’re looking for a new-release smartphone with all the tech features, but without a steep price tag, a mid-range model could well fit the bill. While mid-range smartphones don’t attract the same level of media hype as a flagship model release, they can offer a compelling range of features at a far more affordable price.

In fact, many mid-range smartphones incorporate flagship features, such as high-definition displays and speedy processors, as a key selling point. It’s also worth noting that 5G connectivity, a headline feature of many new-release premium models, has also quickly made its way to the mid-range price bracket.

Read on for an overview of key features to keep in mind when shopping for a mid-range smartphone (which we’ve classified as being around $400-$800). Plus a rundown of the specs on offer from some of the best recent releases.

Smartphones across all price brackets continue to launch replete with an ever-evolving array of hardware and software features. And sifting through the full range of specs on offer can be an involved process.

There are, however, some key features to keep in mind when weighing up different mid-range smartphones, which we’ve outlined below.

Displays are, of course, one of the more eye-catching and immediately tangible smartphone features. And for many people, they will be a starting point when weighing up the pros and cons of different models.

From budget through to premium smartphones, the clear trend in recent years has been towards larger displays. And in the mid-range market, many new-release models measure in at 6-plus inches, catering in particular for video streaming and mobile gaming.

In addition to the size of the display, it’s important to consider the display technology used. Also the resolution on offer, which is measured in pixels – such as a 1080 x 2400 display.

Displays with a higher numbers of pixels will be able to provide greater image clarity. The ppi (pixels per inch) measurement, referring to pixel density, is a commonly used figure appearing on manufacturer spec sheets.

If you’re keen on an iOS device, Apple’s iPhone SE falls into the mid-range price bracket. However, it could also be worthwhile considering an older iPhone model. Retailers often stock older iPhone models, which come with cheaper price tags.

New versions of Android are typically released once a year (the most recent version is Android 11), and minor updates are also intermittently issued throughout the year. Smartphones sporting recent Android releases provide the best usability and security benefits.

Cameras are a major selling point for smartphones across all budgets. And mid-range models arriving to market are increasingly sporting multipurpose triple and quad-lens set-ups, incorporating a range of rear- and front-facing options.

If your smartphone is going to be your go-to camera choice, it’s worthwhile carefully considering the different types of camera tech on offer. This includes the range of lenses available, MP resolution, zoom capabilities and the accompanying software.

Of course, the better the camera, the bigger the price tag.

While displays and cameras typically receive most attention, it’s equally important to consider the unseen components that keep smartphones running.

These sometimes unheralded features include:

While the phone’s design is a matter of personal taste, durability should be a key consideration. And even mid-range smartphones incorporate features such as water and dust resistance. 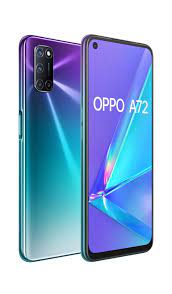 Oppo’s A72 arrived to market in mid-2020. It sports a 6.5-inch FHD+ Neo-Display, which Oppo states delivers “a clearer, more immersive viewing experience” when watching videos and playing games.

The A72’s quad-lens rear camera system includes a 48MP AI main camera and provides for operation in a range of conditions. It also supports 4K video recording, and its Video Anti-Shake function delivers a clearer and more stable picture.

Samsung describes its latest A series line, unveiled in the early stages of 2021, as “making powerful innovation accessible to everyone”. The Galaxy A52’s 6.5-inch FHD+ Super AMOLED display is a standout feature.

The Galaxy A52’s multi-lens camera system is another key feature. Its four-lens rear camera set-up including a 64MP main rear camera with OIS (optical image stabilisation), while a 32MP front camera is decked out to deliver high-resolution selfies.

Price – the Samsung website lists the Galaxy A52, available in awesome violet, awesome black, awesome white or awesome blue, at $599(*).

The iPhone SE was unveiled in April 2020. The second-generation offering incorporates a range of features that Apple has become known for, including a Retina HD display, which measures in at a comparatively compact 4.7 inches.

Running an A13 Bionic chip, Apple states that the iPhone SE provides a fluid experience. It’s decked out to deliver across a range of tasks, including photography (powering the iPhone SE’s rear single-camera system), gaming and augmented reality experiences.

Price – the Apple website lists prices for the iPhone SE, available in white, black and Product Red, starting from $749*.

If you’re in the market for a phone plan, discover how the big phone companies compare and check out Canstar Blue’s latest phone provider ratings, just click on the button below.