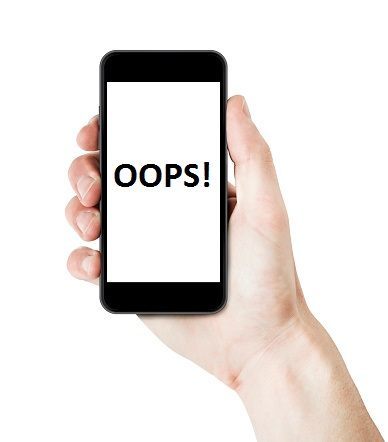 Despite being a part of the ‘young people are good with technology’ demographic and stereotype, I haven’t done everything perfectly when it comes to mobile phones. Here are five dumb things I have done with my phone.

Picture the scene: it is year 8 maths class, your first-ever phone is sitting in your schoolbag and you think it is on silent. You think.

Then suddenly, RING RING, RING RING! It is not on silent mode, and you have just embarrassed yourself in front of 25 kids who you don’t quite know yet. They stare at you, and then laugh; you are terrified because you’ve broken the rules for the first time ever.

Make sure your phone is on silent in any quiet situation; just make sure.

Choosing between plan and prepaid

For a very long time I was on prepaid plans, which were good because when I ran out of credit or mobile data, that was it. It was a good way of not being hit with extra charges. However when I switched to a post-paid plan with a data allowance, what I didn’t realise was that you could use more data upfront – and pay for it later.

Of course, I didn’t know this, and went nuts with the internet use, thinking I would get a notification when I reached my limit. It was certainly a shock for 14 year old me when a $200 phone bill arrived in the mail. My mum wasn’t very impressed to say the least…

Data use growing in leaps and bounds

You have probably guessed by now that I’m not the sharpest tool in the shed, but my most embarrassing mobile phone moment would have to be leaving a prank voicemail on a stranger’s phone. My friends and I thought it would be hilarious, but I forgot one thing: the recipient can see your number.

A few minutes later I got a call back from an angry man, and was left with dented pride and a very red face.

Even mobile phone addicted teens have had some embarrassing moments when their text autocorrects, or get the wrong contact. I have sent many a confusing/awkward message to friends and family members.

While I am not at liberty to share the cringe-worthy details to a public audience, let’s just all hope that my mother doesn’t remember a few text messages that were meant for my boyfriend…

How young is too young for a phone?

If you thought that the previous four were terrible mistakes, be prepared for the worst one of the lot.

I dropped my phone in the bathtub.

Yes, you heard correctly, in the bathtub.

Please don’t do this. In fact, don’t ever take your phone anywhere near any body of liquid, whether it is a kitchen sink, the dog’s water bowl, a Slurpee, the toilet, a glass of beer, the washing machine, or the ocean. Your phone won’t always recover when it falls in.

Thankfully the ‘box of rice’ trick worked on this particular time. For friends and family members who dropped their phone into other liquids (see list above), their phones weren’t so lucky, and they were fronted with paying for costly replacements.

I hope you take comfort in the knowledge that you are not the only one who has made a mobile phone mistake. 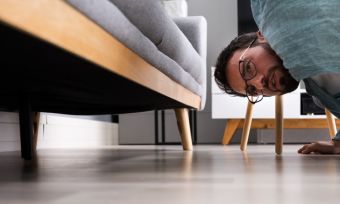 Apple AirTag: The button-shaped device that tracks your belongings

iPhone 13 Pro Review: The Most Noticeable Upgrade in an iPhone