It’s the end of Daylight Savings. The days are getting shorter. The rain is more frequent and the temperature is cooler. If any of this makes you feel down, then you clearly are not watching the best of what streaming on-demand service Netflix has to offer. The best shows on Netflix draw you in, keeping you entertained for hours on end without a care of what the weather is doing outside.

The End of the F***ing World

James, 17, is “pretty sure” he’s a psychopath. When he meets fellow misfit Alyssa, he fantasises about killing her, while she imagines falling in love. The pair’s twisted journey picks up pace when James punches his dad in the face and steals his car. The End of the F***ing World is teen angst-come black comedy at its finest, with these two rebels developing into lovable characters. Find out why this Netflix co-production scored 98% on Rotten Tomatoes and I guarantee you will end up effortlessly binge-watching this series.

A gripping, well-written British drama, Skins follows a group of Bristol teenagers in their final two years at high school. But this is not just about typical teenager parties: it explores credible concerns, from eating disorders to losing your virginity. Each episode unfolds the mysteries behind a specific teenager, creating characters that are multi-faceted and complex. The fact the characters are brilliantly played by a cast of amateur actors is part of this series’ appeal. My only recommendation would be to not bother with the final season: trying to replicate the formula when the characters are adults just did not work.

I almost didn’t include Stranger Things in this list as it has been so well watched by just about everyone I know. But if you are new to Netflix and want to know what’s worth binge-watching, now is a great time to start watching this Netflix original drama because you can confidently binge-watch the first series knowing you won’t have to wait to enjoy the second!

Described as a love letter to ‘80s supernatural thrillers with a serious nod to Stephen King, Stranger Things follows four somewhat geeky 12-year-old boys in a small American town. Only one night, one of the boys never makes it home. In the frantic search for their missing friend, the team discovers secret government experiments, supernatural forces and an unusual new friend. Starring Golden-Globe-winning actress Winona Ryder as the inexorable mother of a missing child, David Harbour as the aloof sheriff and a host of up-and-coming young actors.

Fans of Doctor Who will need no encouragement to watch and re-watch the adventures of the eccentric Time Lord travelling through time and space with an ever-present human companion. But if you have watched a little bit of Doctor Who on TV and thought ‘I don’t really get it’, then now is your chance to understand the magic. Doctor Who may be one of the longest-running science fiction series on TV, but that is arguably not the best medium to watch it – not with ad breaks and a long timey-wimey between episodes.

Doctor Who is unquestionably made for serious Netflix binge-watching, where you can admire the subtleties of clues unfolding four episodes later, and you can enjoy the brilliance of one character’s life story unfolding backwards through the seasons. Starring David Tennant, Matt Smith, Peter Capaldi, Christopher Eccleston, Billie Piper, Jenna Coleman, Alex Kingston, Maisie Williams and many more. In 2018, the Doctor will be played by a woman, Jodie Whittaker, for the first time. While this is not yet showing on Netflix New Zealand, it is only a matter of time.

Vikings is an enthralling historic drama, following the tale of fabled Viking hero Ragnar Lothbrok as he seeks to expand his empire and ransack the unsuspecting British Isles. Violent and, at times, challenging to watch, this series is totally engrossing. While the story of antihero Ragnar Lothbrok may well be Viking folklore, it seems most of the depictions are not, and this series wins favour for being historically accurate, from the blood eagle-killings to taking monks as prisoner.

Inside No. 9 is a deliciously dark British anthology series, which means each episode stands on its own, much like Black Mirror or a short movie. And I would be perfectly happy paying money to sit in a movie theatre and watch any one of these episodes: each is completely original, unpredictable and very, very clever. Don’t try to find the relationship between each episode – I’m pretty sure there isn’t one – but each one will certainly make you think. Starring Reece Shearsmith, Steve Pemberton and a who’s who of British actors.

Laughter may be the best medicine but I certainly wouldn’t want any of the Green Wing doctors treating me! This British comedy is set in a hapless hospital where the doctors focus first and foremost on their personal love lives and the chief-of-staff can’t quite work out why bringing a camel to work doesn’t raise moral. Green Wing is cringe-worthy but very funny, and certainly worth a watch to see why it has won so many awards. Starring Tamsin Greig, Stephen Mangan, Michelle Gomez and Mark Heap.

Cleaver Greene is a recovering drug addict, a gambler and someone who could end up tossed out on the street any minute. But he is also a clever and driven attorney, determined to help his clients who are (marginally) worse-off than him.  The result is a hilarious Australian comedy, with the antihero Greene skilfully played by Richard Roxburgh. Magnificently written and performed, the show helps prove even dysfunctional people can be truly great.

A sombre, supernatural thriller, the Frankenstein Chronicles focuses on investigator John Marlott, who discovers what appears to be a dead body, crudely sewn together from a number of lost children. Marlott tries to keep his own secrets hidden as he tries to find out who or what is responsible. Sean Bean expertly plays Marlott in this dark drama, which has many twists and turns. I must confess to enjoying the first season better than the second, but both are still worth a watch.

If all the fantasy, science fiction and supernatural thrillers have left your head spinning, here’s a programme to help bring you back down to earth. A sequel to the Emmy-winning Planet Earth series, Planet Earth II looks deeper into the world’s nooks and crannies to share the lives of the most bizarre, beautiful and deadly creatures. Voiced by David Attenborough, this series features amazing cinematography – from both above and up-close – to show a new light on our planet earth.

So there you have it – the top-10 list of what’s worth watching on Netflix. All you need to do now is turn on your television, tablet or laptop, grab a cuppa and get watching! 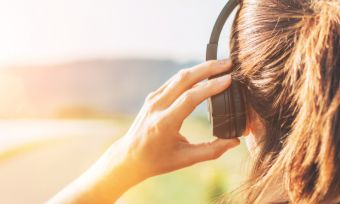 Get Ahead with Wireless Headphones!

Xbox Series X vs. PlayStation 5: The Battle of the Super Specs