The new Tesla Model 3 is on its way to New Zealand! Recently, electricity company Mighty River Power announced that they had reserved the new Tesla Model 3 to join its expanding fleet of electric vehicles – although don’t expect to see any on the road for a year or two.

According to a report by the Ministry of Business, Innovation and Employment, as of 2014, 30% of New Zealand’s primary energy is from renewable sources, and 80% of the electricity supply is renewal. So it’s fitting that one of the most forward countries when it comes to sustainable energy should have access to one of the most sustainable cars in the world.

Tesla motors has indicated that the Model 3 will be able to reach within a 345km range per charge, will have a 5-star ancap safety ratings in every category, will seat 5 adults and will be able to go from zero to 100km/h in 6 seconds. Considering Tesla’s luxury image, it was surprising to many that the car could potentially be taken home for as little as US$35 000, before any optional (and likely desirable) extras.

As of opening for pre-orders on the 31st of March, Tesla has received over 325,000 preorders, which is over three times the amount of electric cars sold in the U.S. for all of 2015. This marks a huge push into the mass-market for electronic vehicles, and Tesla stands as the top dog when it comes to desirable yet sustainable cars.

Tesla motors is an American company, that describe themselves on their website as “…not just an automaker, but also a technology and design company with a focus on energy innovation.”

Named after famous scientist Nikola Tesla, Tesla Motors was founded in 2003 by Silicon Valley engineers, who were aspiring to prove that electric cars had the potential to not only compete with, but be better than traditional gas-powered cars. As the company evolved they began to focus on providing luxury aesthetics, safety and sustainability in their products.

Other models of cars

The Tesla Roadster marked the debut commercially available vehicle for the company, which was a luxury electric-powered sports car with a price tag to match. Sold in limited numbers for a base price of US$109 000, the Roadster will be getting an update with the next generation in 2019.

The second release was the Tesla Model S, a sedan designed to be a less expensive venture into commercial electric vehicles, and had more availability compared to the limited quantities of the Roadster. As a result, the Model S was more accessible to the masses, although as an electric car marked difficult to make mainstream.

The Model X followed after a few years, building on the Model S and creating a SUV hybrid. It sold a similar number at a similar price, offering another alternative to a type of car that is difficult to find in a sustainable electrical form.

Other than cars, Tesla has produced other products that have made waves in the media, such as the Supercharger, and more recently, the Powerwall.

The Tesla Supercharger is designed to charge Tesla cars much faster than a home charger, so you can recharge on the go. Set up in various locations in cities and along the coastline, Supercharger stations have the capability to fully recharge a Model S within 80 minutes. As of yet, there are no Supercharge stations in New Zealand, although if Tesla vehicles become popular it’s likely a few may pop up.

Another product which received a considerable amount of buzz in the tech industry recently was the Tesla Powerwall. A wall mounted rechargeable lithium ion battery which uses residual power from solar panels to power the home during the night. 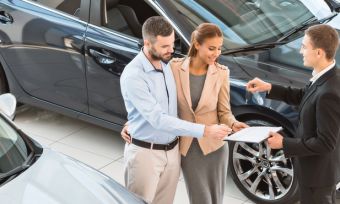