You are viewing the archived Soups ratings. Follow the link to view the current Soup rating page. 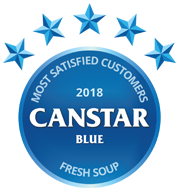 Soup has always been a mainstay of the average Kiwi pantry.  Whether it’s been a pan of freshly made chicken broth to stave off the winter blues or a packet of dried onion soup to throw into the classic Kiwi dip, we love the stuff.  In fact, we manage to eat nearly 8,000 tonnes of it every year costing us a mind-blowing $84 million!

For many of us (59%) we consider soup very much a winter food – which explains why the busiest period for soup sales is between April and September. It’s also during this period that you’re more likely to see price promotions on soups in the supermarkets as brands compete for your loyalty.

But, no matter what the time of year, our attitudes towards what we eat are changing and that’s influencing the type of soup we buy too.  In recent years there’s been more of a trend towards healthy and nutritional food but our generally hectic lives mean we’re looking to get these foods in a convenient way.  Soup can be a great way to get a whole bundle of goodness into you but while some of us still prefer to make our own soups (36%), a lot of us (28%) don’t feel like we’ve got the time.

It’s widely thought the fresh soup revolution started in the UK in the early 90’s, and has been growing in popularity and flying off the supermarket shelves ever since.  So much so that by 2017 the Brits spent a whopping $248million (£131million) on fresh soups. Arriving in New Zealand shortly after the UK, fresh soups have really taken off in the last few years and sales currently increase at the rate of around 4% every year.  In our survey, 54% of people said they preferred fresh soup to tinned and a further 22% of people said that they now eat more soup since it’s been available from the chiller cabinets.

54% of the people we spoke to said they prefer fresh soups to tinned.  But what is it that drives our satisfaction in our soups?  No surprise that taste was the main consideration, followed by variety, value for money and finally packaging appeal.  As well as taking out the overall satisfaction accolade, our Most Satisfied Customers Award winner, Artisano, scored a maximum five stars for value for money and packaging and a very respectable four stars for taste and variety. 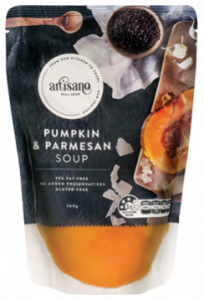 Available is six different flavours, Artisano claim that their ‘Mouth-watering colours and succulent flavours come from using only the best produce – the freshest vegetables, herbs and spices we can get our hands on’.

Available in a variety of flavours, Countdown fresh soups tend to be available in smaller, 300gram tubs compared with the 500gram bags offered by other brands.

Fresh soup was the first product to be offered by The Good Food Company back in the 90’s.  They work to the principle that ‘food made from good, honest ingredients just tastes better’.

Part of the Naked Cuisine family, Naked Locals operates under the philosophy that ‘the best food comes to you as naked as the day it was born and directly to you from the place it was grown’.  No preservatives, artificial colours or flavours are used in their foods.

Pitango started making fresh soups around 15 years ago and in the years they company has grown, they’ve not lost their focus on serving fresh, good quality food made from scratch.

Canstar Blue commissioned I-view to survey New Zealand consumers across a range of categories to measure and track customer satisfaction. The outcomes reported are the results from New Zealanders who have purchased and eaten a ready-made fresh soup from a supermarket in the last six months – in this case, 805 New Zealanders.