Don’t let your oven stand in the way of your culinary creativity. Find the best oven for your kitchen using our customer satisfaction ratings. Compare some of the leading oven brands in this year’s ratings. 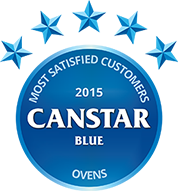 This year we can announce that Delonghi has ‘roasted’ the competition with five-star ratings in several important areas such as reliability, heat distribution, design, and ease of use.

Delonghi cooks up a storm in New Zealand review

Love cooking? Okay, admittedly it’s probably not for everyone, but it might help you to know that you don’t have to be a great cook to create delicious food – not when you have a quality oven. Ovens have become a standard addition in household and business kitchens throughout New Zealand. They create countless meals every day, and as such can be quite an investment for many Kiwis.

According to our research, New Zealanders are spending an average of $1,180 on their new ovens and replaced their old ones after an average of almost 10 years. Of course, the life of your oven will largely depend on how well you look after it, but the need to buy a new one may be influenced by a number of other factors. We found that only 21% of consumers replaced their oven because it actually broke down. In fact, 27% replaced theirs because they were moving house and 16% because they were renovating.

Canstar Blue recognises that ovens are a significant purchase for many people, so finding the right one can be quite daunting. That’s where we can help. Each year, we ask consumers from across the country to rate the brand they recently purchased across a range of criteria, forming our customer satisfaction ratings. And this year, we can announce that Delonghi has ‘roasted’ the competition with five-star ratings in several important areas, such as reliability – the biggest driver of satisfaction in this category – heat distribution, design and ease of use. And of course, it was the only brand to earn top marks for overall satisfaction.

There are two basic types of oven: electric and gas. Both these types come in a wide range of models and sizes with added features such as cook tops, self-cleaning, cooling systems and many more.

Electric ovens: This is the most common type of oven, owned by 90% of New Zealanders, according to our survey. Electric ovens use electricity to generate and disperse heat. They can take longer to heat up, but are generally cheaper than gas ovens.

Gas ovens: These ovens have fallen out of fashion in recent decades with only 4% of New Zealanders owning one. They remain a better option for some households as they heat and cool faster – making them ideal for those who need to cook in a hurry. Additionally, unlike electric ovens, gas ovens allow for additional moisture, making them ideal for baking goods so they don’t become as brittle.

Combi ovens: These ovens have three methods of cooking available – steam, electrical convected heat, or a combination of both. These ovens are great for meats as they keep it moist while cooking and find a lot of use for commercial purposes. Combi ovens are, however, quite expensive.

Different sized kitchens require different sized ovens. To avoid a disaster, make sure that your oven fits where you want it to go before purchasing.

Single ovens: A single oven has one cooking compartment and is typically 60cm or 90cm. These are the most common size of ovens thanks to their practicality and affordability.

Double ovens: A double oven has two separated cooking compartments stacked on top of one another. Each compartment can cook at separate temperatures simultaneously. These ovens are usually quite expensive but are ideal for those with large families as well as for general commercial use.

Free-standing vs built in ovens: Built in ovens can be mounted pretty much anywhere in the kitchen. They often look better and give you much more freedom of design. Free standing ovens usually sit in the benchtop. They are more affordable and are recommended for those with small kitchens. Often freestanding ovens come with a cooktop, while those with built in ovens may need to purchase a cooktop separately.

What Kiwis want from their ovens

When it eventually comes time to find a new oven, there are a lot of things to consider. We asked Kiwis who purchased an oven what the biggest deciding factor was when they went shopping, and the results were as follows:

Note: 66% of respondents answered this question as they purchased the oven they regularly use.

After buying an oven, there are a range of things that drive our satisfaction with it. According to our survey, the most important drivers of satisfaction for oven users in New Zealand are:

Delonghi
Delonghi is an Italian based appliance company that aims to “innovate through a combination of style and performance”. Delonghi’s New Zealand oven range includes 12 in built and free standing ovens in both double and single models. Prices begin at $999.
Fisher & Paykel
Fisher & Paykel is an international appliance company operating in 50 countries and aims “to be the most human-centred appliance brand in the world”. It produces 26 models of built-in and free-standing ovens in double and single models.
Westinghouse
Westinghouse has been around since 1886 and has continued to grow into a household name across the globe. Westinghouse offers a range of 35 built in and free-standing ovens and cookers. These ovens come in single, double and 1 ½ models, with widths varying from 5.4 cm to 89.5 cm.
Smeg
Smeg is another Italian brand of appliances which expanded operations to New Zealand in 1986. Smeg offers a huge range of 66 built-in and free-standing ovens that come in gas and electric and feature both modern and classical designs.
Parmco
Parmco was founded in New Zealand in 1989 and has remained locally focused ever since. It produces 31 built in and free standing ovens, which come with an extended five-year warranty.
Bosch
Founded by Robert Bosch in 1886, Bosch has grown into an international electrical and appliance giant. In New Zealand, Bosch offers 16 built in and free standing ovens, as well as two combi steam ovens.
Simpson
The parent company of Simpson – Electrolux – claims to be the largest home appliance company in Australasia. From the Simpson NZ website, its oven range includes four electric built in ovens.
Samsung
Samsung is a global power house in electronics and appliances. Its range of ovens includes 13 electric and combi ovens in New Zealand, each with a modern – stylish design.

Canstar Blue commissioned I-view to survey 2,500 New Zealand consumers across a range of categories to measure and track customer satisfaction. The outcomes reported are the results from customers within the survey group who have an oven installed in their home and have used it in the last three months – in this case, 1,347 New Zealanders.

Brands must have received at least 30 responses to be included. Results are comparative and it should be noted that brands receiving three stars have still achieved a satisfaction measure of at least six out of 10. The ratings table is first sorted by star ratings and then alphabetically. A rated brand may receive a ‘N/A’ (Not Applicable) rating if it does not receive the minimum number of responses for that criteria.

Every year, the team at Canstar Blue conduct a customer satisfaction survey on ovens. There have been changes in how we use ovens over the decades. This year, our respondents revealed these brands to be the best for them: 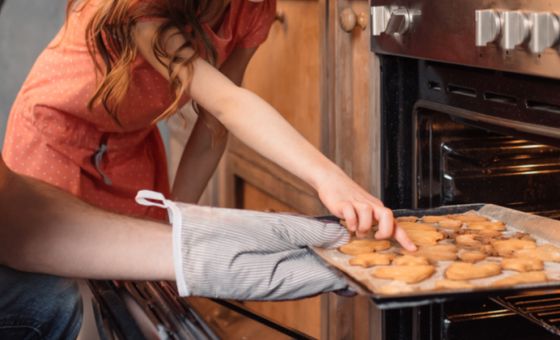 Gas or electric, convection or conventional? Find out which type of oven is right for your home. 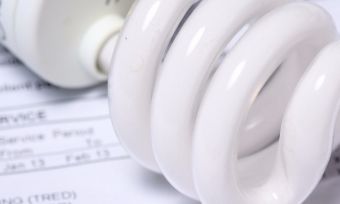 What are spot price electricity tariffs?

Whether a spot price electricity tariff is right for your household will depend upon a range of factors, with it worthwhile researching all of your options.