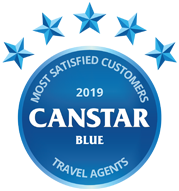 A dream holiday is always worthy of a countdown. But, when there is intense planning involved, the excitement can easily turn into stress. This is where travel agents can help! Travel agents are not only convenient but know all the tricks of the trade when it comes to bumping the price down significantly. Their bountiful knowledge on the market can also pinpoint the most suitable trip for you. And, if the planning gets bumpy along the way, travel agents can bring you back to the straight and narrow by guiding you in the right direction.

Travel agencies are known for their access to exclusive deals. However, great service is also very important when it comes to planning travel and, like with anything, service can sometimes disappoint. After choosing a travel agent, you don’t want to end up with regrets, thinking… “If only I’d researched more.” Like that time my mother and I excitedly woke at the crack of dawn for our flight to Bali, accompanied by our family friend. We reach the check-in desk, only to find out our friend’s passport was due to expire in less than six months and she wasn’t allowed to board the flight. Despite having booked through a travel agent, the friend had to fork out hundreds more dollars for a fast passport renewal and was a few days late to the trip. No one wants to be in that position.

Well, fear no more, we give you all the research in one page so that you can feel more secure knowing how other people rate travel agents. Canstar Blue surveyed nearly 1000 Kiwis to hear their views on New Zealand travel agents. We asked those who had used a travel agency to book a trip within the last two years, to rate that agency on communication and advice, value for money, friendliness of agent, level of knowledge and overall satisfaction.

Best countries to visit in 2019

In Canstar Blue’s survey, 46% of New Zealanders said they use a travel agent to get different ideas and travel inspiration, while another 46% said they use one to get a better price. So, the results show Kiwis are after a dreamy holiday at a dreamy price! But with the endless amount of travel destination options, you may be lost for ideas on where to start. Well, results show that Europe is voted as Kiwis preferred travel destination while Asia is runner-up as the second preferred travel spot. Canstar Blue has searched further for the top countries to visit in 2019, based on what travellers are currently after. We’ve included locations within the two top preferred continents and more!

Lonely Planet compiled the best countries to visit in 2019, according to popular movements in the travel industry. Therefore, below we have Lonely Planet’s findings and we’ve elaborated on each so you can decide which ones are more appealing to you. Here at Canstar Blue, we believe the best recommendations are from travellers – just like you – fit for you.

As the travel obsessed team, we are, we recommend having an idea of where you want to book your next getaway. From there, travel agents ease the stress of planning and, in this instance, helloworld Travel is a customer favourite!

Canstar Blue surveyed 2,500 New Zealand consumers across a range of categories to measure and track customer satisfaction, via ISO 26362 accredited research panels managed by Qualtrics. The outcomes reported are the results from customers who have used a travel agent/agency to book a trip within the last 2 years. In this case, 917 New Zealanders.