You are viewing the archived ratings for DIY Stores. Go to the current DYI Stores ratings

Compare DIY stores in New Zealand with Canstar Blue.  Hammer Hardware, Bunnings, Mitre 10 and Placemakers were compared on value for money, service and advice, range of brands, range of products and overall satisfaction. 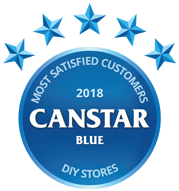 With over 50 stores across the country, this Kiwi cooperative has been providing Kiwis with friendly service and stellar advice for over 30 years.

From garden sheds to kitchen cabinets, our local DIY stores have it all 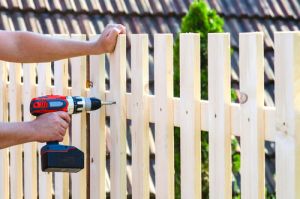 We know that the sun is coming when the familiar hum of lawn mowers and the unmistakable mouth-watering smells of BBQs being fired up fill the air.  Unfortunately, getting outside also means we start to notice the little jobs that need to be done…The fence that needs a new coat of stain, the deck that could do with a water blast, and inside the house could do with a spruce up too!  Now, we may be a nation that prides itself on our ‘number 8 wire’ approach, but for most of the jobs, we want the right tools and components to get the job done properly.

The DIY market has been increasing in popularity in recent years, with big chains recording growing profits as we become confident in tackling jobs ourselves instead of paying someone to do it.  Watching TV series such as The Block also encouraged 20% of the people we surveyed to try a bit of DIY and we suspect it could be because it takes the mystery out of a lot of things but also careful editing could make a job look way easier than it is in ‘real life’. Unfortunately, 3% of consumers said they bit off more DIY then they could chew and had to call in the professionals to finish the job for them.  Even for those who had succeeded in completing a major project, 17% thought that although it worked, the end result wasn’t great.

So how do you get it right?  There are literally thousands of ‘how to’ videos online that cover just about any job you can think of so it’s worth spending a bit of time figuring out what you are doing before you start doing it.  It could save a lot of time, effort, money and a few tempers in the long run.  Another great source of information is your local DIY store. They should also be able to offer a good service and advice too, in fact it was the greatest driver of satisfaction in our survey.

Other things that people found important in their DIY store experience were value for money, range of products and range of brands.  As 75% of those who do DIY projects said they undertook a project to save a few bucks, it’s no surprise that value for money rated highly.  Again, taking time to figure out what you’re doing before you start, and asking for assistance once you’re in the store, can help you to achieve even better value by not walking out with a trolley full of stuff you really don’t need.

Although we all start off thinking everything will go according to plan, quite often they don’t!  According to home and contents provider AA Insurance the most common DIY disasters are:

Luckily only 1% of people said their DIY project was a complete disaster but we hope they covered under their home insurance!

Canstar Blue commissioned I-view to survey 2,500 New Zealand consumers across a range of categories to measure and track customer satisfaction. The outcomes reported are the results from customers who have made a purchase from a hardware store in the last 12 months, in this case, 2,240 New Zealanders.