In 2015, Bosch was one of the oven brands rated in our Canstar Blue customer satisfaction survey. Here’s a brief rundown on Bosch ovens.

The man behind the brand

In 1886, Robert Bosch opened his first ‘Workshop for precision and electric engineering’ on the first floor of a tucked away building in Stuttgart. He hired one mechanic and one errand boy. The rented premises had a forge, an office, and two small workshops.

Bosch began with the first low-voltage magneto ignition system for everyday use in motorbikes in 1897, but this really took off in 1902 when he added a spark plug. In 1932, Bosch acquired the hot water systems manufacturer Junkers & Co and moved into the home appliance industry.

Bosch was a man who believed in the spirit of entrepreneurial independence and social service. His catchphrase was, “I would rather lose money than trust.” meaning that he would rather lose his profits than lose the trust of his customer.

In 1942, Robert Bosch passed away from a middle ear infection gone wrong, but the company continued his legacy. You can read more history on their website, but today, Bosch is famous for automotive engineering, aviation technology, solar energy and GPS technology.

1952: Bosch launches its first food processor, which wins awards for its aesthetic design.

1962: The world’s first built-in oven is presented by Bosch.

1984: The 2-in-1 oven mode is launched: a Combination Oven Microwave that cooks and grills at the same time. First invented in 1981, this product took some time to release to the public because Bosch wanted to get it right the first time.

1989: The induction cooktop is introduced. It uses electromagnetic waves to turn the pot itself into the heating surface for quick and precise heating.

1997: The hob sensor arrives, taking the cooktop to a new level with its infrared sensors.

2002: The Quantum Speed ovens and microwaves with fibre optic technology are launched. They use waves of light to cook food up to 70% faster than other ovens and microwaves. The shorter cooking times mean juicier, tastier food. You don’t even have to pre-heat, since the heat from the halogen lights is instantaneous.

2004: Bosch introduces Piezo controls to operate electric and induction cooktops to make them even more responsive.

2006: The LiftMatic turns heads. You put your plate of food on the bottom tray, and the tray lifts itself up into the oven, where the food cooking is timed automatically according to how much food the oven senses.

2009: The AutoChef® electronic cooking sensor is introduced for induction and electric cooktops. This increases energy efficiency even more, because the sensor tells the cooktop exactly how much energy is needed. 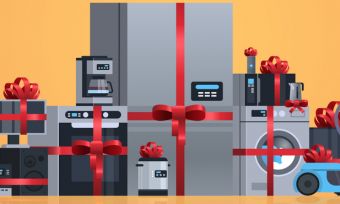 Best Electric Heaters to Keep You Warm This Winter