It’s safe to say that Samsung is a household name. Founded in Korea in 1938, the business initially traded in food. In 1969, it became Samsung Electronics and over the next few decades it evolved into a global corporation and an industry leader in technology. Samsung now produce smartphones, tablets, cameras, televisions, numerous appliances, monitors and printers.

“The underlying principle that defines our vision for the future of Samsung Electronics is “Inspire the World, Create the Future”.

What our survey respondents say about Samsung

Canstar Blue’s most recent microwave satisfaction survey sought the opinions of 745 New Zealanders; some of the comments from owners of Samsung microwaves were as follows:

Other microwave brands we surveyed

Canstar Blue commissions Colmar Brunton to regularly survey New Zealand consumers across a range of categories to measure and track customer satisfaction. The outcomes reported are the results from customers within the survey group who have purchased a microwave in the last three years – in this case, 745 New Zealanders.

The other microwave brands in this year’s survey are: 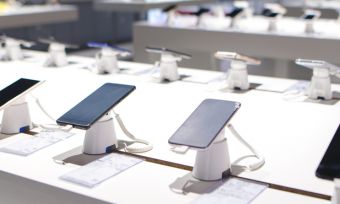