In 2015, Smeg was one of the oven brands rated in our Canstar Blue customer satisfaction survey. Here’s a brief rundown on Smeg ovens.

In Guastalla, a town in northern Italy, Vittorio Bertazzoni the blacksmith had a dream. His family had been running a company of blacksmiths since the 1600s, but he longed for more. Together with his family, he founded a company in the late 1800s and branched out into manufacturing cookers.

The very first Bertazzoni kitchens were displayed at the World Expo in Milan in 1906. Smeg established partnerships with world famous architects and designers, including including Guido Canali, who designed the award-winning underwater company headquarters in Guastalla.

By the 1990s, Smeg was renowned for its designs in home appliances, so the company opened up the new divisions Smeg Food Service to manufacture restaurant equipment and Smeg Instruments to supply the medical industry. Their focus is on product quality, technology and design, and they are known as one of the key representatives of the “Made in Italy” standard.

Vittorio himself lived to see Smeg introduced to Australia in 1986. Today, Smeg is run by the third generation of Bertazzoni entrepreneurs, but their roots are kept alive in the Italian meaning of their name: “Smalterie Metallurgiche Emiliane Guastalla”, or “Guastalla Emilia Enamel Works”.

1956: Smeg launches “Elisabeth”, one of the first gas cookers with an automatic switch-on ignition function, oven safety valves, and a programmable cooking timer.

1970s: The very first built-in hobs and ovens are manufactured.

What our survey respondents said about Smeg 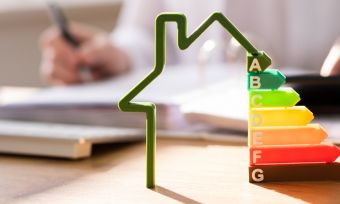