Kiwi consumers are in a spin over Fisher and Paykel, winner of Canstar Blue’s award for Most Satisfied Customers | Washing Machines.

Laundry is one of those monotonous household tasks that we have to perform every day or so, and a decent washing machine can be the difference between time-saving and time-wasting.

Canstar Blue canvassed the opinions of New Zealanders across a range of categories, to measure and track their satisfaction. To decide which washing machine offered the best level of customer satisfaction, each was rated across the following categories:

Winning top spot and taking home Canstar Blue’s award for Most Satisfied Customers | Washing Machines is Fisher and Paykel. It’s a well-deserved win, as Fisher and Paykel scored a solid 5 Star rating across the board. Also highly commended is Samsung – which scored 5 Stars for Performance and Reliability, Quietness While Operating and Design – and Electrolux and Bosch.

What makes a good washing machine?

According to Canstar Blue’s survey respondents, it’s the Performance and Reliability of a washing machine that matters the most (40%). That’s understandable, considering the amount of use a machine will get in its lifetime in a home. The other main drivers of satisfaction are Value for Money (23%) and Quietness While Operating (20%).

It’s an ongoing debate, and both styles have advantages and disadvantages. While top loaders are the traditional type of New Zealand model, the front loader style of washing machine has gained traction in the last few years. Of Canstar Blue’s respondents, 53% said they have a top loader, and 41% said they have a front loader. Just 6% have a washer and dryer combo. 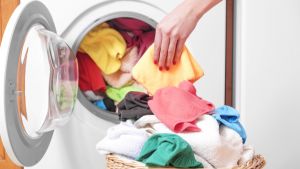 It appears New Zealanders take care of their clothes and washing machines: 42% of those surveyed separate their whites from colours when doing laundry, and 40% said they regularly empty/clean the filter in their washing machine. There are 21% that are a little less concerned with the harshness of a wash, who said they always use the same washing settings, regardless of what they’re washing!

Read the full results of Canstar Blue’s survey by hitting the button below, and if you’re in the market for a new washing machine, know that Fisher and Paykel will get the job done! 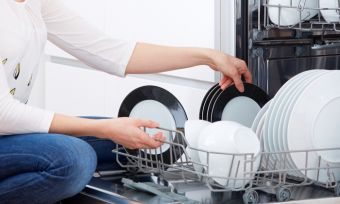 How to Load Your Dishwasher the Right Way: Myths Busted

Dishwashing liquid: What we use it for