Whether to rent or to buy is a question faced by many prospective home owners around the country, with it worthwhile taking into account a range of factors before committing to a long-term home loan.

It certainly isn’t as straightforward a question as conventional wisdom has traditionally suggested, and the idea that prospective buyers should commit to purchasing a home sooner rather than later, lest they throw money away on a rental, is not at all cut and dried.

Rising house prices have made home ownership a more distant prospect for many, and in an evolving market, it will pay to consider all options associated with both renting and buying, along with considering other potential investments.

Renting and buying each come with their respective pros and cons, and prospective home owners should consider these factors in both a short-term and a long-term context before deciding on the best course of action.

In assessing the merits of renting and buying, it is worthwhile noting that, for a variety of reasons, owner-occupier home ownership has been declining in New Zealand over a sustained period of time, with renting consequently on the rise, amid housing affordability concerns.

Tracking dwelling and household trends from 1991 through to 2015, Statistics New Zealand figures reveal a significant shift in owner-occupier home ownership during this period.

Certainly, the figures demonstrate that the market has changed, and affordability issues are a significant concern. With this in mind should renting be viewed as the default, runner-up option, and should prospective home owners be considering other options?

Cost of renting versus buying 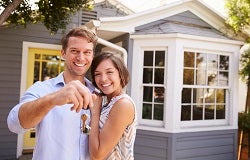 In looking at the various pros and cons of renting and buying, it is worthwhile considering the immediate (weekly, monthly, yearly) costs of each, which will, of course, in some cases vary significantly from one region to the next.

Having determined which area or region you want to live in, then compare the costs of an average rental in that area to that of the equivalent potential repayments on a home loan.

It may well be that a large disparity exists between the two, with the question of whether the extra potential costs of paying off a home loan (which may run into hundreds of dollars per week) are worth it then becoming more pertinent.

There are also other additional costs associated with home ownership that should be considered, such as council rates, insurance, along with potential maintenance costs, from gardens to electrics to plumbing, in developing an idea of what comparative weekly costs will be.

It is worthwhile looking at the figures at a short-term level and then in a longer-term context, and asking the question as to whether the lure of potential future home ownership justifies the initial costs, or, in the event of renting, what could be done with potential savings.

Of course, the reward for taking on a home loan is the promise of home ownership once that loan has been paid off, and this goal of future security should not be ignored.

However, it should also be recognised that circumstances have the potential to change, sometimes dramatically, over the course of a home loan, and this requires considering a range of factors, varying from one individual to the next.

For instance, consider your long-term employment prospects, along with any other relevant financial issues, that could potentially have an impact at a future point.

Additionally, prospective home-owners may ask whether it is the best time to buy, both from a market and personal perspective, as it may well be worth waiting a few years, depending upon the answer to each.

Further to this, given the potential disparity between the cost of paying off a home loan and renting, from an investment point of view it is worthwhile considering what other investment options are available.

Owning a home is not the exclusive way forward to future security – if you can make your money work for you via other means, it will certainly pay to consider all options before deciding on the best course of action. 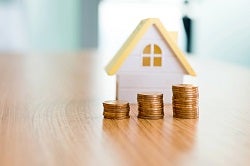 Aside from the financial side of buying and renting, another factor that should not be ignored is lifestyle.

Committing to a long-term home loan may effectively rule out other opportunities in life –  while the temptation may be to think “the sooner the better” when it comes to buying a property, this may not always prove true.

Being a renter will provide flexibility to move properties, to move around and experience life in different areas, while also leaving other doors open – for instance, embarking on study, or relocating for work.

It should be kept in mind that investments that provide financial returns are not the only sorts of investments that can be made, and that the experience gained by following other paths may well prove invaluable.

Of course, some of these considerations may be balanced out by the security of owning your own home, and when it comes to lifestyle, decisions will vary from one individual to the next – one way or another, it is certainly worth assessing these factors along with the financial factors.

The best of both worlds? Renting and buying

So, how about the best of both worlds – what about both renting and buying?

Prospective home owners may look at buying an investment property in a more affordable area, in turn renting it out, effectively allowing for both home ownership and the opportunity to live in their desired area, while also potentially providing for flexibility in future decisions.

Of course, as with any purchase of this nature, prospective home owners should look into the economics of taking such an approach, and it will not be a decision that is suitable for all. It does, however, demonstrate that there are other options on the table.

It should certainly be kept in mind, in weighing up the respective merits of renting and buying, that it should not always be framed exclusively as one versus the other, that circumstances can change, and that all options should be considered. 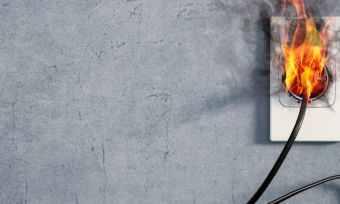