The government is calling for an overhaul of New Zealand’s electricity market. Canstar NZ General Manager, Jose George, says this could see a major shift in the way consumers approach choosing an electricity provider

The electricity industry is facing major reform and the repercussions could reshape the market for years to come – and in unexpected ways.

What seems likely is increased activity from customers looking for better deals or services, who might otherwise stay with an incumbent provider.

But, with reforms that seem focused on bringing prices to par across the market, customers may look to other considerations such as transparency of billing, digital offerings, ease of sign-up and other attributes in their provider.

To step back, let’s consider some key points of the proposed electricity reforms. They are:

Abolishing “winbacks”: Winbacks are those calls you get from your supplier offering you a deal to stay put, once you’ve applied to join another supplier. The government believes these essentially amount to a tax on loyal customers who haven’t agitated to leave.

Abolishing “prompt payment discounts”: These are the sometimes significant discounts you get for paying on a date the provider says is ‘on time’. The government has flipped this concept around, saying it’s actually punishing customers who might struggle to get the funds together and pay their bill at a later date.

Low fixed daily rates to be phased out: Current pricing structures have fixed daily rates and variable usage rates. There are reportedly around 60% of consumers on low-fixed rate tariffs, and their power bills could rise as a result. Critics also say this plan will also dissuade people from investing in solar power and other energy sources that keep daily use low. But the government believes this structure unfairly penalises low-income, high use households with big families or inefficient heating systems, and wants fixed rates phased out.

Electricity Authority and Consumer NZ to merge electricity provider comparisons: The government wants to encourage shopping around and believes this plan, along with other ideas to promote consumer education, will support people to make better choices.

Wholesale electricity companies will make markets: In perhaps the most controversial move, the reforms propose generators selling wholesale electricity will need to agree on a spread for pricing, thus passing similar costs onto competing retailers. This should create an near-level playing field for the retailers.

Depending on any retail pricing strategy followed, consumers may see similar retail offers across the market. If that does eventuate, the ‘softer’ aspects of a provider’s offering will take on more significance.

Canstar Blue has been researching customer satisfaction in New Zealand’s retail electricity market since 2011. Powershop has been a consistent leader in our rankings over this time.

Consumers can see more of our research and star ratings on our site, here.

Our research has shown consumers care a lot about what they pay for electricity. Powershop’s customers told us they appreciated its “Powerpacks”, or pre-purchased electricity deals that come with discounts or lower rates. Powershop also allows you to view daily usage in half an hour blocks, save power by adjusting power usage according to the peaks and troughs in your daily insights, and get first dibs on specials.

Our research tells us value for money is the biggest single driver for customer satisfaction. The second-ranked driver is bill and cost clarity. Between them, they make up more than half of what customers look for in a provider. And it may be, under the new regime, that this is where the battle for the customers’ hearts, minds, and cash will take place. 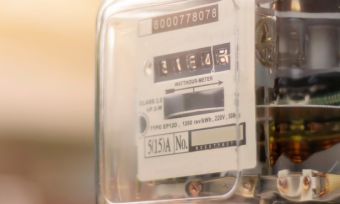 New Zealand electricity: What you need to know