In an increasingly crowded segment, broadband providers have had to outdo each other to catch the customers’ eyes. This is good news for Kiwis, who are afforded unprecedented choice, and are no longer stuck with just two or three providers. There are about ten or so ‘mainstream’ providers out there all jostling for your money, and each one has something different to offer. From free PlayStations to TVs to Netflix subscriptions, NZ providers are forever throwing in more stuff. However, relatively new provider largely does away with this, instead just offering solid prices on a lot of its plans.

Originally from Singapore, MyRepublic is an upstart provider now servicing both New Zealand and Australia, and has shaken up the traditional providers in the broadband landscape. What’s all the fuss about? Let’s find out.

For renters and students there are also plans to be had from about $80 a month, with the set-up fee waived, with included installation and moves at no extra cost on a no-contract basis. You also get a free loan router.

Beyond these plans, customers can also add on a homeline plan from $10 a month, which includes:

You also get free number porting, along with voicemail and caller ID among other nifty features.

If you’re a gamer, a renter or just someone who wants straightforward broadband with cheap home phone calls then MyRepublic represents a solid alternative to the big guys.

How does MyRepublic internet compare to the competition?

As you can see, MyRepublic is at face-value is one of the cheaper provider among the main competition. Unlimited data for under $80?! Chalk that up as a win. However, keep in mind that prices can quickly surpass $100 a month the more stuff you add on – be it a gamer plan, call packs and so on.

Beyond that, it’s evident that MyRepublic also dabbles in ‘free’ stuff with included vouchers in some of its ‘gamer’ plans; however you should keep in mind that these plans can be over $100 a month. Other bonuses from providers include:

Prices per month are very similar among providers across the board. Where they all differ is what extras they chuck in on top of the broadband plan that might entice you to choose one provider over another.

This depends. MyRepublic offers a great array of plans that can prioritise traffic and lower ping rates, and for renters come with no contract and easy portability. Beyond that, MyRepublic stands out for its cheap introductory offers sub-$80 a month. For people who want no-bull broadband, MyRepublic largely does the job, but keep in mind you likely pay more than the big providers on some of its plans if you wish to bundle in a gamer plan or call packs. Thebase price is alluring, but you’ll have to take into account the overall cost of your plan over one or two years. 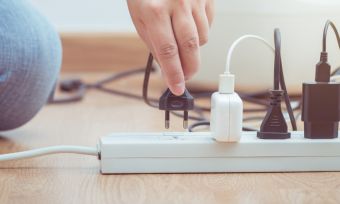 Save on Your Power Bill While Working From Home

The Best Electric Heaters to Cut Your Power Bills This Winter