Shopping around for a new internet deal can be like pulling teeth out, but it doesn’t have to be that way. Often with a lot of providers you get some fiddly internet plan and minimal support, but with Orcon this is not so. With broadband entertainment packages and a call centre with considerate hours of 8.30am-10pm, Orcon is well-suited to become your one stop shop for all things internet and entertainment. But how do Orcon’s plans stack up in the value stakes? Keep reading below to see what Orcon offers and how it compares to other NZ broadband providers.

Orcon provides broadband plans across ADSL, VDSL, fibre and ‘gigantic’ fibre connections, and all come with unlimited data. Plans are as follows:

As you can see, those who can get ‘Gigantic’ fibre arguably get the most ‘bang for buck’ out of their plans, as it’s customary for Orcon – and most providers – to provide ADSL, VDSL, fibre and gigantic speeds at little to no extra cost per month. Orcon broadband plans also include:

With Orcon, you also benefit from free installation and a free compatible modem/router in many cases. Dunedinites benefit once again, with an Xbox One S pack available, or Apple TV at no extra cost.

The home phone packs are as follows:

Evidently, Orcon offers some enticing plans with no extra cost for better connections and speeds. Let’s see how Orcon stacks up against the competition.

How does Orcon internet compare to other providers?

We know Orcon is competitive, but how does it really stack up when compared to other NZ broadband providers?

As you can see, Orcon compares pretty well against some of the bigger guys, but is a bit lacking when it comes to smaller players like Flip and Skinny. Furthermore, for people in ‘Gigatown’ or for those able to get access to Gigantic plans, prices are only $10-$15 more. In terms of entertainment, Orcon comes out ahead of the pack with included Apple TV or a UE Boom 2 portable speaker on some plans.

Orcon compares well with the ‘mainstream’ providers, but there are a couple of smaller providers such as MyRepublic that offer some enticing plans.

Often, it can pay to look at smaller providers such as Flip, Skinny and MyRepublic as they frequently offer competitive plans and entertainment packages.

Orcon – while not particularly cheap – often streaks ahead of the competition for its entertainment bundles, free installation and lengthy call centre hours to sort out all manner of issues that may arise. While its internet bundles alone don’t scream ‘bang for buck’, Orcon can be forgiven as it offers fast speeds at no extra cost, and things like Apple TV on some plans. The next time you’re shopping around for a plan, it can be worthwhile to have a look at some smaller providers, but Orcon in any case is well worth a look into. 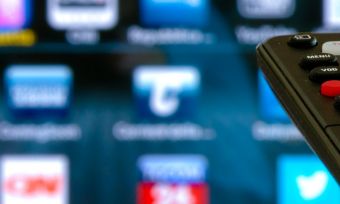 How Often Should You Launder Items in Your Home?