You would be forgiven for thinking there’s no more room for progress for television manufacturers. First came the ridding of cathode ray tubes, and then came widescreens, digital TV and 3D TV. Yes, it’s easy to think that TVs have stopped evolving, but you’d be wrong. Just when you’ve dismissed TV as a dying breed, Samsung comes out and makes watching television the most fun thing you’ll do in your house.

This step forward in TV evolution comes in the form of the Ultra High Definition (SUHD – the S is added in by Samsung) KS9500 series smart TV. If that’s a mouthful for you, then brace yourself, because the KS9500 has a series of features that’ll excite and possibly confuse you. Read about why the KS9500 will impress in this Samsung TV review.

How does the Samsung KS9500 stack up?

The Samsung KS9500 series provides an immersive home entertainment experience. It has a suite of features that are sure to impress. They include: 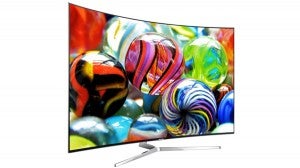 The Quantum Dot display boasts an unprecedented one billion colour combinations, and this allows for an accurate, detailed and rich picture that is close to the human eye as possible. The Quantum Dot display, according to Samsung, is 64 times more colour-detailed than other Samsung UHD TV models, with 2.8 times more brightness. With this combination, images can be reproduced with stunning realism – something that has been lacking up until now.

The curved screen means the KS9500 is designed for a wide range of viewing conditions. The brighter screen allows for great picture in glary light, and the curvature means that even Grandpa Jack in the corner armchair can better enjoy Frozen for the umpteenth time. The KS9500 also boasts an Ultra Black Filter, which absorbs light at the screen, and this further reduces glare and reflections. Samsung has really pulled out all the stops to make the KS9500 a world-beating television – something that you don’t just watch, but immerse yourself in.

Samsung have ensured that the total experience of the KS9500 is not sullied by clunky interactivity. It starts with the remote. With Samsung’s ‘One’ remote, you remove the need for multiple remotes – this beauty can do it all. In its sleek and minimalist design, the One controls all entertainment devices; from the gaming console, Blu-Ray player, set top box, to all of your paid TV subscriptions, the One controls it all superbly. Plus, its minimalist design ensures you won’t be scrambling trying to find the volume key when an obnoxious ad comes on. Overall, the KS9500 is a flagship model for Samsung televisions, but what about its price? 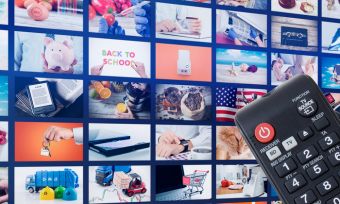