Canstar Blue research finalised in May 2017, published in July 2017. 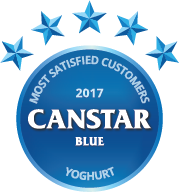 Part of the Fonterra stable, Piako is the cream of the crop when it comes to yoghurt.

Piako is cream of the yoghurt crop 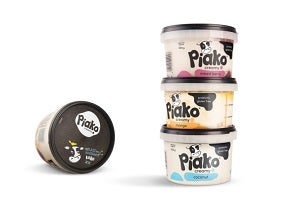 Popular in New Zealand since the mid 70’s, yoghurt is now a staple food in many households up and down the country.

Thought to have originated in Central Asia around 6000 B.C., yoghurt was an accidental discovery after herdsmen, using animal stomachs as containers, found that their milk had curdled as it reacted to the enzymes still present in the stomach pouches.  Although milk still needs to go through the same process to become yoghurt we know and love, luckily methods have most definitely changed and today, yoghurt is big business.  Last year, in the US alone, yoghurt sales topped USD$7.7billion and in New Zealand, while we’re obviously a much smaller market, our appetite continues to grow.

According to Euromonitor International, one of the key drivers of Kiwi yoghurt sales is our love of Greek yoghurt and the health benefits associated with it.  This is reflected in the latest Canstar Blue research (published July 2017) that shows 71% of the people surveyed thought of yoghurt as a healthy option.  In addition, 25% of respondents said that Greek/natural yoghurt was their favourite type of yoghurt giving it second place in the list of most popular flavours.  Top spot was taken by the summer fruits category (such as strawberry, raspberry or blueberry) while banana flavour slid to the bottom.

When it comes to the qualities we value in our yoghurts, in order of preference, the key things we rate are:

The Canstar Blue Overall Satisfaction winner, Piako, registered a maximum five stars in all categories other than value for money where it scored a still respectable four stars.

Home-grown brand Piako takes its name from the river that runs through the heart of New Zealand’s diary region.  As well as catering to the more traditional tastes, Piako also boasts a more unusual range of flavours including spiced apple, coconut and guava.

Canstar Blue commissioned I-view to survey 2,500 New Zealand consumers across a range of categories to measure and track customer satisfaction. The outcomes reported are the results from customers who have purchased and eaten fresh yoghurt in the last three months – in this case 1,829 New Zealanders.