Local electricity company Vector has paired with council-owned Watercare to build New Zealand’s first floating solar array on Auckland’s North Shore. Here, Canstar Blue explains how the project will produce energy and the impact it will have for everyday energy consumers.

What is a solar array?

Designed to float atop the wastewater treatment pond in the industrial suburb of Rosedale, New Zealand’s largest solar array is scheduled for installation come 2020, but just what is a solar array anyway?

Described as a group of solar panels which individually consist of connected solar cells, solar arrays generate electricity by converting sunlight into direct current (DC) which then flows into an inverter, converting that DC into an alternating current (AC) electricity.

It is this AC electricity that is available to be used in your home.

New Zealand’s array in Rosedale will encompass more than 2,700 solar panels and 3,000 floating pontoons, modelled on larger systems which are commonplace overseas.

The benefits of solar energy

Solar energy is one of the most common forms of renewable energy sources in New Zealand, bringing with it several benefits.

The most common benefit of solar energy is that it’s an abundant renewable energy source that is available across the world, every day, as long as we have the Sun. Unlike other energy sources, we can’t run out of solar energy, unless something dire occurs, and we are unable to receive sunlight.

It’s abundance also means that we can’t overconsume solar energy, nor impact its use for future generations, thereby making it sustainable as well.

Depending on the size of your solar panels and electricity usage, you might be able to use solar energy for most of your energy needs. This then allows you to save on your electricity bill, by minimising the amount of electricity you require.

Though solar energy provides many benefits, there are some disadvantages to consider, which include the initial cost of purchasing and setting up a solar array, the reduction in efficiency of solar panels on rainy or cloudy days and the amount of space solar panels take up.

While these are minor disadvantages to using solar energy, it is still important to keep these in mind when considering whether to use solar energy for electricity and heat.

Why use floating solar to generate energy?

Electricity generating solar panels are becoming cheaper and more efficient to run, however, can take up a fair amount of space and real estate to establish when installed on land. Having floating solar arrays in place overcomes this challenge by essentially doing the same work as land or rooftop based solar arrays, without sacrificing space.

Though floating arrays are slightly more expensive to install, they are considered to be more efficient, flexible and offer improved overall performance. Given the water’s cooling properties, having a floating solar array provides lower operating temperatures and therefore increases energy generation capacity compared to land based solar arrays.

Traditional electricity relies heavily on finite resources such as coal and natural gas. It also requires transportation from power plants to end-consumers via extensive networks. Its limited availability makes for an unpredictable market, wherein energy prices may change throughout the day, and the long transmission distances also result in some power losses.

Solar energy, however, protects consumers from unpredictable utility bill increases and allows for the enjoyment of affordable electricity throughout the day. Not only that, but the short distance allows consumers to take more control over their energy usage and results in less service interruptions.

While using solar energy may have positive impacts on consumers, the initial set up costs and energy storage can be quite pricey and, unless you’re able to install floating solar panels on your property, having land based solar panels can take up a lot of space. On top of that, solar energy is an intermittent energy source, meaning there can be some unpredictability during overcast days or when it rains.

If solar energy is not suitable for you currently, there are electricity providers in New Zealand that can offer the best value to suit your needs. Check out Canstar Blue’s 2019 review of NZ power companies based on customer satisfaction.

Find out which electricity provider best suits you 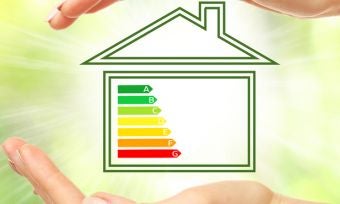 A household guide to energy efficiency and renewable tech

How to cut electricity costs and help meet renewable goals