In early September 2019, Megan Woods, Minister of Energy and Resources New Zealand, revealed a plan where the government would utilise hydrogen to reduce greenhouse gas emissions. The plan is explained in a discussion document titled the Green Paper, which looks into how hydrogen could be used in the country’s broader energy and transport structure. Canstar takes a look into green hydrogen and how it could benefit New Zealand.

What is green hydrogen?

Green hydrogen is essentially a form of chemical energy converted from renewable energy, which can be stored for use at a later date, or transported. Green hydrogen is more commonly generated through the electrolysis of water – the process in which electric energy is run through water, separating oxygen and gaseous hydrogen.

Using electricity sourced from renewable avenues, as opposed to fossil fuels in this process, is what gives “green hydrogen” its name.

Green hydrogen can be used for electricity, heat, energy storage, fuel-run vehicles, or any stationary plants that are fitted with internal combustion engines or fuel cells and, it can even replace carbon in industrial procedures. The many ways green hydrogen can replace fossil fuel burning shows the extent of how much greenhouse gas emissions could be minimised.

Green hydrogen can also store excess renewable electricity. This means that if it generates more than is needed at the time, the store of electricity can be used to meet future demand, instead of fossil fuel burning.

And, when it comes to air quality, the use of hydrogen in fuel cells releases water instead of sulphur oxides, nitrogen oxides or particulates, ultimately improving air quality.

Some people believe green hydrogen is too expensive to incorporate into New Zealand’s energy and transport strategy.  However, the Green Paper disputes this, stating as energy generated from renewable energy sources becomes more affordable, so too will the generation of green hydrogen. The paper argues that technological advancements, as well as an increased demand for electrolysers, will additionally reduce the cost of green hydrogen production. 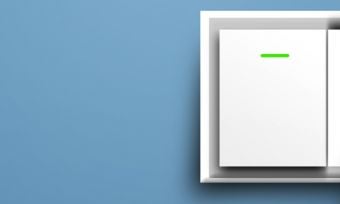 6 steps to a smaller power bill

Smooth Payments: How to spread the cost of power bills