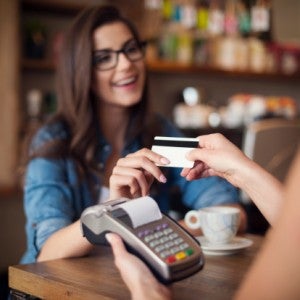 Each year, Canstar Blue surveys the coffee drinking and buying habits of New Zealanders.  This year we have surveyed 1,566 people across the country, who have bought coffee from a coffee shop chain in the last six months and we can say that buying coffee is a universally popular habit across ages and locations. Here’s a quick breakdown:

Aucklanders spend, on average, $14.02 a week on coffee and see it as a social (and socially-responsible) thing to do.

While many won’t go out of their way to buy a good cup of coffee, they do care about the environmental impacts of coffee. A worrying 15% of Aucklanders also admit that they sometimes have so many coffees in a day that they haven’t been able to sleep.

What is Fairtrade coffee?

Those in Waikato spend around $100 less per year on coffee than their Auckland counterparts spending, on average, $12.09 a week on coffee.

Residents of Waikato appear to see drinking coffee as a business-as-usual activity – rather than a business opportunity activity; at only 9%, survey respondents from the Waikato are the least likely to regularly hold business meetings in a local café. They’re also the least likely to care about the ethical/environmental impacts of coffee although fortunately, at 42% of respondents, their environmental concern is still reasonably high.

Wellingtonians spend, on average, $12.57 a week on coffee – and they need it!

Of the geographic groups surveyed, Wellingtonians are most likely (equal with Otago) to not be able to start their day without a coffee (42%) and most likely to often consider coffee to be their breakfast (28%). It might taste good but without food, it’s not really a healthy way to start the day.

Would you eat your coffee?

Our survey respondents from Otago spend, on average, $13.14 a week on coffee – and it’s all about the taste!

Those from Otago are the most likely to go out of their way to buy a good cup of coffee (61%), most likely (equal with Wellington) to not be able to start their day without a coffee (42%) and most likely to drink more coffee than they think they should (33%).

Obviously, there are many coffee connoisseurs in Otago – and perhaps a few coffee addicts as well!

Coffee drinkers in Bay of Plenty

Those from Bay of Plenty spend, on average, $12.25 a week and seem to be pretty relaxed about the whole thing!

What makes a perfect brew?

So which coffee shop chains rate well with our survey respondents? You can see how various coffee chains rated here.

Would you buy coffee from a Robot?

Coffee Habits From Around The Country