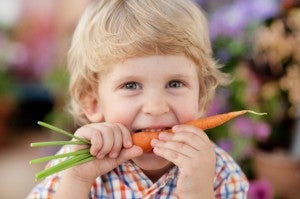 As parents, we’re hit with the age old problem of how to get nutritious food into our kids on a regular basis. When we have other people’s kids over and it’s dinner time, I make Spaghetti Bolognese, writes Melinda Uys, of The United States of Mama.

There are few children who can resist this food: they’ll either eat the cheese OR the sauce OR the plain spaghetti. I don’t care which as long as they’ve eaten something. But kids can’t live on Spaghetti Bolognese alone. Or the cheese or just the spaghetti. And I’m lucky – my children are pretty good when it comes to eating vegetables and fruit, they’ll even have at least one bit of something new before they clam up and refuse anymore.

I’d like, at this point, to acknowledge that some children from an early age have an iron will that Stalin would have trouble breaking. If you are blessed with one of these spirited little devils future world leaders, just pick your battles and play smart…

There are a plethora of websites and cookery books showing you how to hide fruit and vegetables in your children’s food. Most of this involves whizzing the crap out of it and mixing it through what is acceptable for your kid. Which is ABSOLUTELY fine! It turns everything a particular poo shade of greeny-brown, which segways nicely into…

What’s awesome about broccoli or zucchini or Brussels sprouts? Nutritionally, lots, but I’ll tell you just one thing that’s not awesome, and that is their names. Mention these and my kids wrinkle their noses. Call it Muscle Food and suddenly it’s not so bad. They used to watch a show with strangely dressed puppets who called fruit ‘Sports Candy’. The name didn’t take off at our house, but then banana is a funny name and things like strawberry and lychee just sound sweet. The point is, give the food a fancy name your kids can relate to and it becomes more palatable: I know a parent with two small boys who calls their fruit smoothies (which are green from a big handful of spinach) “Hulk” smoothies.

In regards to presentation on the other hand, my daughter loves blueberry smoothies (which might also contain linseed, pineapple, spinach, lettuce, apple or anything else about to die in the fridge) because they’re purple.  If you’ve got the time to make those bento lunch boxes in ‘Frozen’ or ‘Ice Age’ themes using just raw vegetables than I applaud you. Most of us don’t have the time or the inclination, so just making sure the food isn’t slopped onto the plate like a 19th century bowl of orphan’s gruel is probably enough.

My daughter hates curry or spicy things. This is because I gave her curry when she was two and her brain quickly got the idea that curry is not that pleasant. On the other hand, my son ate a whole chilli off a bush when he was 18 months old, cried for about 30 minutes and had a red rash over his mouth and hands for 24 hours: he loves curry.

Just introduce unusual tastes very gradually and mildly and slowly increase the amount of spice/vegetable/fruit as your child accepts the taste. We are still not eating curry as a family, though I give the kids a small taste every time. The theatrics over having a ‘burny’ mouth from turmeric or coriander is worth it alone.

Not for the faint hearted, this is where you simply wear your child down by offering the same foods again and again. I’m not suggesting you serve carrot sticks or beans at breakfast, lunch and dinner, but rather just consistently. I put carrot in potato mash, steam it cut in rounds, roast it with honey, put it in smoothies, serve as sticks with a dip… Of course, you’ve got to be okay with your skin going a bit orange from eating a lot of carrot yourself since they probably won’t the first few (or 15) times and you’ll end up eating it.

This method does work. My children are at a point where they will happily finish the whole unpeeled carrot I stick in their lunch box- it took a long time and I was seeing pretty well in the dark at one point, but we got there.

Our kids wouldn’t eat anything green unless it was cooked to within an inch of its mushy life, at which point it’s really just fibre. Luckily my husband is a bit of green thumb and with the kids grew some snow peas and cherry tomatoes in the backyard (you could easily do this in a pot). Suddenly a side of raw snowpeas and tomatoes with lunch was in fashion. From here we went to fresh beans, which can be opened like a snowpea. On the flip side, I find my daughter eating random gumtree leaves and other foliage regularly which is a little worrisome.

At the end of the meal, all parents want their kids to a) eat something b) feel full and c) get some nutritional value out of it. Getting all three can be difficult in an age of readily available junk and fast food, but if you stick with it, the rewards can be just as satisfying as opening a packet of chips. After all, nothing’s much quicker (or cheaper) than passing your child a carrot straight from the fridge. 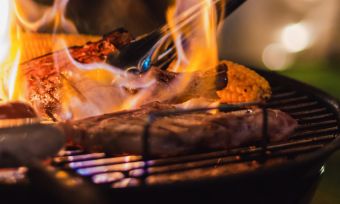