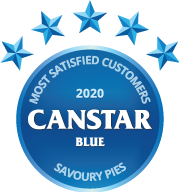 Who ate all the pies? We did, it seems! Yes, while fad diets come and go, from Paleo to Keto, the humble pie remains a culinary Kiwi institution.

According to figures published by Food Standards Australia/NZ the average Kiwi eats 15 meat pies every year (three more per person than our cousins over the ditch). Going on the latest population statistics, that’s just over 74 million pies as a nation annually.

Given the pie’s iconic status, and the huge numbers of tasty, pastry snacks we devour, Canstar Blue thought it only fitting that the best of the best be rewarded with a Canstar Blue Most Satisfied Customers Award.

Taking out the top award this year is Jimmy’s Pies, which scored Five Stars for Overall Satisfaction, Taste, Texture & Consistency, and Packaging.

The pie-making business from Roxburgh has been going for over 50 years and works to an old family recipe that’s obviously a big hit with pie connoisseurs. Jimmy’s makes a range of 20 different pies, and their fame extends further than just the South Island. Thanks to the region’s many overseas visitors, Jimmy’s pies has earned a mention from the travel-guide publisher, Lonely Planet, which mentions Jimmy’s on its website.

But Jimmy’s wasn’t the only pie company to earn high praise. From a stall at a farmers’ market 12 years ago, I Love Pies’ two founders, Maree and Jessie, have grown their pie brand into one that’s available at supermarkets nationwide. Their wholesome pies scored Five Stars for Texture & Consistency and Packaging and Four Stars in each other category.

Other Five Star category winners include:

Delving deeper below the crust of Canstar Blue’s research into its meaty substance, it’s evident that while everybody, regardless of age or gender, loves a pie, there are certain traditions that remain strong. And that includes the notion that pies are a typical part of Kiwi culture, which three-quarters (75%) of respondents agreed with.

The gender of those who answered our survey was split along typical demographic lines, with women comprising just over half (54%). While those under 50 were slightly more likely to regularly eat pies, comprising 64% of respondents. Overall, nearly a quarter of respondents (23%) said they eat at least one pie per week, and close to a third (31%) confirmed they’d make a special journey to buy their favourite pie.

Taste, of course, was the main driver of satisfaction (46%), with texture at 24% (nobody wants a filling that’s all gravy or all gristle!). And, tellingly, over half of respondents (52%), said they prefer to buy freshly baked pies.

Where Canstar Blue’s research offers few surprises, is in the nation’s choice of favourite fillings. Mince and cheese was favoured by 22% of respondents, with steak and cheese close behind at 21%. Rounding out the top five flavours were steak and mushroom (9%), potato top (9%) and, finally, perhaps the only nod to exotic influences changing our nation’s palette: butter chicken (8%)!

If all this talk of food has made you hungry, check out our full Most Satisfied Customers Award ratings … and don’t forget the sauce!

Canstar Blue surveyed 2,530 New Zealand consumers across a range of categories to measure and track customer satisfaction, via ISO 26362 accredited research panels managed by Qualtrics. The outcomes reported are the results from customers who have purchased and eaten a savoury pie from a supermarket in the past six months, in this case, 1243 New Zealanders. 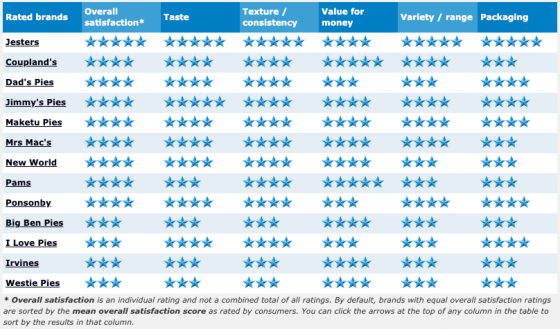 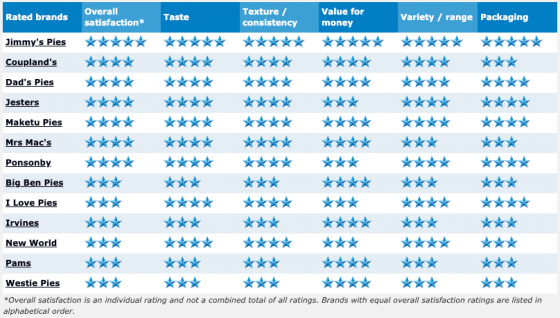 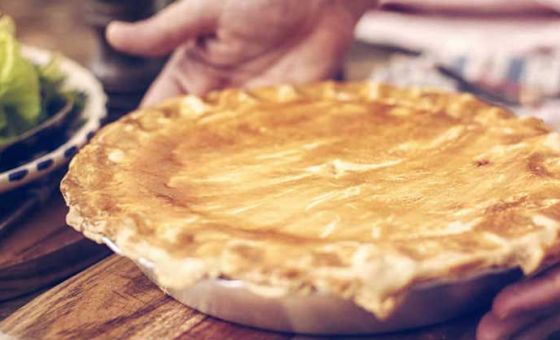 Kiwis and Pies: The Iconic Savoury We’ll Travel For

There’s no doubt about it: Kiwis love pies. Be it a mince and cheese classic, potato top or butter chicken, we’re big fans. The humble meat pie has been part of New Zealand cuisine since … 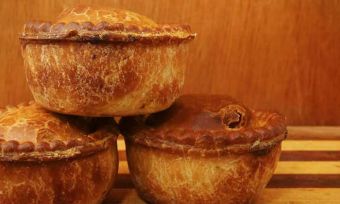 8 unique pies from around the world

Not all pies are the same. Have a look at some different pies from around the world.