For 10 years Canstar Blue has helped Kiwis make smart choices, and now we’re recognising the outstanding brands that have dominated our awards.

Happy Birthday! Canstar Blue is celebrating its 10-year anniversary. To commemorate a decade of helping Kiwi consumers make informed choices, we’re revisiting our awards and recognising some of the outstanding brands that have dominated our Star Ratings.

Over the past decade, the Canstar research team has awarded 430 Most Satisfied Customers accolades. These awards have spanned 120 categories and involved almost 130,000 survey responses from Kiwi consumers.

While every year’s research and analysis is carried out from scratch, some of our category winners have displayed consistently stellar performances.

Listed below are the best of the best – those brands and utility providers that have been judged to deliver at a consistently high standard.

These are companies that have either won multiple awards in different categories, earned back-to-back wins for consecutive years, or both!

2degrees sends out the all right signals for its customers. This year, the telco won Canstar Blue’s award for Most Satisfied Customers | Mobile Plans for the sixth consecutive year! In addition, in past years, 2degrees has also achieved wins for its broadband plans.

Over the past decade, Powershop has powered home to become the most successful energy provider in Canstar Blue’s ratings. Thanks to constantly high satisfaction ratings in all our research, Powershop has electrified the competition with seven wins in the category Most Satisfied Customers | Electricity Providers.

Are you looking for the best in home appliances? Then look no further than Bosch. The German engineering and technology brand is the most frequent winner across Canstar Blue’s appliance categories. In total, it has notched up 13 wins, including:

For the best in car servicing, Oil Changers are slick characters. The fast and friendly car-care company’s stellar reputation stretches back to the early days of Canstar Blue. Over the past 10 years, Oil Changers has dominated its category, bagging seven wins for Most Satisfied Customers | Car Servicing, including this year’s award.

With ten years of awards and ratings behind us, Canstar Blue is looking to the future and another decade of helping Kiwi consumers make informed choices.

So whatever you’re researching – from energy, phone and broadband providers, to small business and professional services, to food and drink – you know you can always trust Canstar Blue’s Star Rating seal of approval. 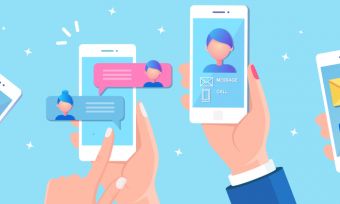