As the latest streaming juggernaut to hit New Zealand’s shores, Amazon Prime Video comes with a big reputation. But is the hype justified? Find out how you can get Amazon Prime in NZ, what you can watch, how much it costs, and how it compares to Netflix.

What is Amazon Prime?

Amazon Prime Video is a streaming video on demand (SVOD) service that is run by global online retailer Amazon, known as the online forum you’d go to back in the day for cheaper DVDs. Amazon began its streaming service in the United States in 2006, but only in 2016 did Prime start to take off when it acquired rights to The Grand Tour – the show that features former Top Gear hosts James May, Richard Hammond and Jeremy Clarkson.

It was also 2016 when the service expanded into 200 countries, including little old New Zealand. Fast forward to 2018 and Amazon’s streaming site Amazon Prime Video is now a popular forum to access an array of movies and television shows with just the click of a button. Prime’s success means the service now competes with other notable streaming services in NZ, namely Netflix and Lightbox.

Yes, Prime is available in New Zealand. It has been since December 2016, when Amazon launched its 200-country service. Prime is now available in every country worldwide, with the exception of mainland China, Iran, North Korea, Syria and Crimea.

How can I watch Amazon Prime?

Like Netflix and Lightbox, Amazon Prime is web-based and is able to be watched on any device that can access the internet. Devices include:

Amazon’s ongoing rivalry with Google has meant that Amazon has historically been reluctant to support Google-built software and devices. However, it is still possible to use Chromecast through your PC or Mac and use the Chromecast feature through the Google Chrome web browser.

How much does Amazon Prime cost in New Zealand?

It may be available to watch in New Zealand, but, Prime can only be purchased in US dollars, with prices starting at USD $2.99 a month for six months. After that, prices revert to the usual $5.99 a month.

At the time of writing, this equates to roughly $4.38 and then $8.77 in New Zealand dollars. However, as you are purchasing in another currency, your credit or debit card provider might charge a conversion rate or a lower exchange rate. Also, remember exchange rates do constantly change so these prices will vary.

Just over $4 a month for your first six months of Prime is a reasonable price for unlimited viewing access. It’s cheaper than Netflix New Zealand where, after the first month free trial, prices start at $11.49. Lightbox is the most expensive, with prices starting at $12.99 a month following one month’s free trial. But you might be wondering what you can actually get on Prime, or is a Lightbox and Netflix subscription worth the money?

What shows are on Amazon Prime New Zealand?

Like Netflix, Amazon spends billions of dollars a year to secure rights to TV shows, as well as to secure distribution rights to certain shows, labelled Amazon Originals. The most notable is The Grand Tour, but if you’re not a fan of this genre, there are some other Amazon Originals to watch:

There are many more Amazon Originals on offer, and they are somewhat reminiscent of Netflix Originals in that they are relatively understated shows and feature a broad subject range. What could be argued as the standout show on the above list is ‘I Love Dick’ – a comedy series starring Kevin Bacon.

What movies are on Amazon Prime New Zealand?

Surprisingly, Prime’s range of movies (4,967 movies) is actually larger than that of Netflix New Zealand (3,292 movies) despite only arriving in New Zealand two years ago. Within Amazon Prime’s large catalogue of movies on offer, there are a noticeable large amount of older films with a heavy saturation of dramas and comedies from the 2000s. Here are some of the more popular movie choices:

This is just a very brief selection, but you can see that there is a large cross section of genres. Also consider that rights to films and TV shows change all the time, so it pays to check back in periodically and see if any films have been added on or taken away.

How does Amazon Video compare to Netflix and Lightbox? 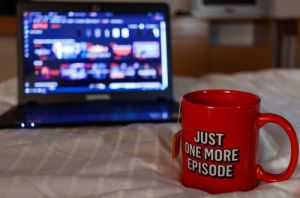 The difference in prices between Netflix and Amazon Video in New Zealand may reflect the amount of content available, especially that of TV shows. Currently, Netflix trumps Prime in terms of catalogue size and arguably in the range of interesting content that people actually want to sit down and watch – not for the tenth time.

Prime has a range of originals much like Netflix, but the shows have not yet garnered enough of a name for themselves yet. Survey people on if they have heard of “Orange is the New Black”, or “I Love Dick”, and it’ll be interesting to see which one is more commonly known. We imagine it will be the former.

On the other hand, Lightbox has an even smaller range of options (584 movies and 174 TV shows) and costs the most for a subscription. Although, many people choose a Spark phone plan where Lightbox is included for free. There are currently 26 phone plans and 123 broadband plans that include the service with no extra cost, so really, you’re spoilt for choice.

Amazon Prime is certainly cheaper to subscribe to, when choosing a service that is not an add onto phone plans. But, keep in mind you may be paying currency conversion fees on top of the exchange rate for the USD $2.99 face-value monthly fee.

Is Amazon Prime worth it in New Zealand?

Right now, if you have to purchase only one streaming service, your choice depends on the content you are more interested in and which phone or broadband plan is suitable to you and your lifestyle. Really, it’s best to take advantage of the offers your phone and broadband provider has. It may be that you move to a plan that offers Netflix or Lightbox for free or you can opt for Amazon Prime which is cheaper to purchase separately. You can even get the best of both worlds by choosing a plan with a free streaming service and, on top of that, subscribing to Amazon Prime at its low purchase cost for those old-school movie nights you crave.

Unless there is something specific you want to watch on Prime, some Kiwi users may struggle to see value. You can see what content the streaming services consist of in New Zealand here. However, for the free trial and cheap price, Amazon Prime may be worth a go. It’s hard to argue against Netflix or Lightbox, however, and even if they’re more expensive than Prime, there is no doubt their libraries are bigger and the quality and variation of content is probably – subjectively – more desirable.

While Amazon Prime is the newest addition to New Zealand’s streaming landscape, New Zealanders are still left with an inferior product compared to Americans. This could make it hard to justify even the very cheap asking price, especially when Lightbox and Netflix are available at an available price or no cost at all.

COVID-19: How to Stay Motivated During Self-Isolation and Working From Home