Advertisement
Amazon Prime Video hit New Zealand’s shores a few years back now, but interest has grown thanks to its upcoming Lord of the Rings spinoff series, The Rings of Power. So, is it time to add Amazon Prime Video to your growing list of subscriptions? Canstar runs through everything to know.

What is Amazon Prime Video?

Amazon Prime Video (or just Prime Video) is a video streaming service, in the same vein of Netflix or Disney+. Prime Video is headed by mega online retailer Amazon, and the wealth of Amazon’s network (plus fierce competition from an increasingly saturated market), is bringing some exciting new investment to the platform.

life began for Prime Video in the United States, way back in 2006 (though at the time, under a different name). But it wasn’t till around 10 years later that it really started to take off. In fact, 2016 is the year Prime Video split off from Amazon Prime, and expanded into 200 countries, including New Zealand.

Fast forward to 2021, and Prime Video is now hugely popular and fiercely competing with other popular streaming sites. 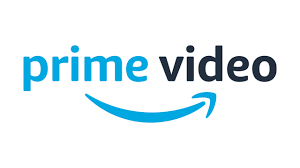 When people mention Amazon Prime, they are typically talking about Prime Video. But they’re not actually the same.

Prime Video is just the streaming service, without all the bells and whistles of a full Amazon Prime membership.

Can you get Amazon Prime in New Zealand?

Currently, only Prime Video is available in New Zealand, and you are unable to get the full benefits of an Amazon Prime account. In fact, New Zealand does not yet have an Amazon site at all! Instead, the Amazon AU site has opened its doors to Kiwi customers. Offering fast shipping and convenient returns, as if a local NZ site.

And even though Amazon Australia offers Amazon Prime, Kiwis are not yet eligible for membership.

With an Amazon Prime Video subscription you can:

How can I watch Amazon Prime Video?

Like Netflix, Prime Video is web-based. So you simply need to visit the Prime Video Website. It’s also available on a range of internet-enabled devices, including:

How much does Amazon Prime Video cost?

Amazon Prime Video is available in New Zealand for $8/month (at the time of writing). There’s a free one-week trial, no contract, and you can cancel at any time.

Compared to the other main players, it’s the cheapest streaming service:

What can I watch on Amazon Prime Video?

Compared to American Prime Video, Kiwis’ viewing choices are more limited. However, subscribers still have access to over 8000 movies and 500+ TV shows. Within Prime Video’s large catalogue of movies, there’s a large amount of older films, with a heavy saturation of dramas and comedies from the 2000s. There’s also a growing selection of original content such as:

Aside from Amazon Originals, there is also an extensive catalogue of movies and shows to which Amazon holds exclusive streaming rights. For a full breakdown of what you can find on both Prime Video and other streaming platforms, check out JustWatch.

When will the new Lord of the Rings series be released?

The Lord of the Rings: the Rings of Power has fans excited. And rightly so, it’s rumoured to be the highest budget series of all time. The show will be released exclusively on Amazon Prime Video, in September 2022.

So there’s a while to wait yet.

How does Amazon Prime Video compare to Netflix?

Amazon and Netflix have so far adopted very different strategies. Amazon has an extensive catalogue of older classics and a few big-budget originals. Whereas Netflix seems to be pumping out several new shows and movies on the daily. The quality of which isn’t always great.

The battle for market share in the bloodbath that is video streaming is heating up, and you can expect more original content from both providers. But currently, Prime Video remains a good choice if you enjoy award-winning movies, cult classic TV shows, and straight old school classics. If you enjoy new original content and mindless watches, Netflix is probably the better choice.

One is likely to be more popular with older views, and one younger.

It is important to remember, however, that Amazon Prime Video remains the cheapest streaming service in the country, at just $8 a month.

Is Amazon Prime Video worth the money?

It really rests on how much you use it. If you subscribe but only watch a show every week or two, then probably not. But if you binge-watch the TV shows (or have a show in mind you want to binge), or regularly sit down for a movie night, then the monthly fee can certainly be justified. A free or discount trial can help to evaluate both the content and how it fits with your lifestyle.

Of course, if you’re watching a lot of Amazon Prime Video, you’re going to need a zippy broadband connection with unlimited data. And if you’re wondering if there’s a better deal out there, perhaps there is. And this is where Canstar Blue can help.

Your favourite independent power company, now with broadband. All plans come with unlimited data and a free modem, with no contracts or notice periods.

To help you get a clearer picture of broadband providers in NZ, Canstar Blue rates all the big providers in the market annually. We survey thousands of broadband customers and ask them to score their providers across categories including Value for Money, Network Performance and Customer Service. 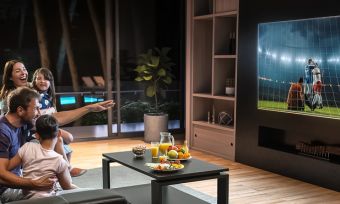 Canstar may earn a fee for referrals from its website tables, and from sponsorship (advertising) of certain products. Payment of sponsorship fees does not influence the star rating that Canstar awards to a sponsored product. Fees payable by product providers for referrals and sponsorship may vary between providers, website position, and revenue model. Sponsorship fees may be higher than referral fees. Sponsored products are clearly disclosed as such on website pages. They may appear in a number of areas of the website such as in comparison tables, on hub pages and in articles. Sponsored products may be displayed in a fixed position in a table, regardless of the product’s rating, price or other attributes. The table position of a sponsored product does not indicate any ranking, rating or endorsement by Canstar. See How We Get Paid  for further information.