We Kiwis sure do love our television, spending nearly 24 hours in front of the TV screen each week. New Zealanders also spend more than five hours and 44 mins each week watching video on their devices, according to Think TV’s review of the 2017 year. But watching videos on a small-screen device, such as a smartphone or tablet, can be neck-craning and a little hard on the eyes. It can make it hard to see details and to get enveloped in the story, when compared with watching the drama on a television set.

While virtually every home in New Zealand has an HD-capable TV set, more than two in three homes do not have an internet-connected smart TV. So how do you connect an ordinary, “dumb” television set to the internet? And how do you stream all the good programmes on Netflix or the best shows on Lightbox if you do not have a smart TV? Writer Denise Piper takes a look at some of the options.

One of the cheapest and easiest ways to connect your TV to the internet is to use Google’s Chromecast. Chromecast is a small device that plus into your TV and turns your tablet or mobile phone into a type of smart remote for your TV – allowing you to stream TV shows, movies, games and more.

Costing from as little as $53, a Chromecast is cheap to buy and relatively easy to set-up. The device plugs into your TV’s HDMI slot and needs a USB power source. You will need to download the Chromecast app onto your device, but it works on both IOS and Android devices, as well as Mac and Windows laptops. Both the device and the Chromecast will need to connect to your wireless router so they can talk to each other.

Once set-up, Chromecast can either mirror your device onto the TV screen, or it can cast onto the big screen with a tap of the “Cast” button while using apps like Netflix and YouTube. 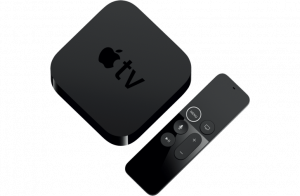 Apple TV is a small box that connects to your TV, allowing you to watch programmes and films, play games and connect with the App Store. It comes with its own remote, which can also be used as a gaming controller.

In New Zealand, a standard Apple TV box costs $249. You can now also get the next-generation, 4K Apple TV for $299 to $339. This means pictures will be displayed in the high-dynamic range (HDR) and in high resolution – as long as you have a 4K HDR television.

Apple TV teams up with apps including ThreeNow, TVNZ, Netflix and iTunes so it is able to play your favourite programmes and films.

You do not need to have an Apple device to operate Apple TV but, if you do, you can easily connect your iPhone or iPad into a TV remote, automatically install apps between devices and watch photos and videos from your iCloud photo library on the big screen.

Vodafone TV is an option for Vodafone broadband customers. Like Apple TV, it includes a box which plugs into your TV and modem, plus its own remote. The end result effectively mixes SKY TV with Freeview and on-demand apps like Netflix and YouTube. However, you do not need a SKY satellite dish nor a PC.

Customers who sign up for Vodafone’s Ultimate Home Broadband package (unlimited data) on Fibre/FibreX or VDSL, will get the basic Vodafone TV intro package for free. If you want more SKY channels, such as entertainment or sport, extra packages cost up to $55 a month more.

Vodafone TV is touted as letting you pause, rewind and record programmes but the reality is these functions are quite limited depending on which channel or programme you are watching. Also limited is the ability to watch programmes on your mobile phone, with a lot of channels requiring you to be connected to your home wi-fi for this function to work.