The Commerce Commission launched a study in December 2018, looking into the factors affecting competition for the supply of fuel in New Zealand. The study considered factors such as the choices available to consumers, the price and quality of fuel and services, and the levels of investment, innovation and profitability.

The Commission’s final report,  published on 5 December 2019, found that there wasn’t an active wholesale market in New Zealand and this has weakened price competition in the retail market. In other words, the New Zealand fuel industry was found to not be as competitive as it should be and that consumers are paying too much for petrol.

Through its final report, the Commission included recommendations to improve competition in the wholesale market and to help consumers make more informed purchasing decisions.

What recommendations has the Commission made?

The Commission has made a number of recommendations with an aim to improve competition and benefit consumers. Here’s what they have recommended:

The Commission recommends introducing a Terminal Gate Pricing (TGP) regime to increase trading opportunities for importers and resellers to:

The Commission has also recommended the regulation of wholesale supply contracts allow for greater contractual freedom for retailers to compare offers and change suppliers if need be. This, together with the TGP regime, means that fuel companies, such as Z Energy and BP, will have to      offer a spot price, that is, the current price at which fuel can be bought or sold for immediate delivery, when selling fuel to wholesale customers.

For the benefit of consumers, the Commission recommends that retailers display premium petrol prices on price boards, to allow consumers to compare the available prices of petrol,      without having to drive into the station.

It also urges the requirement of a fuel cap or fuel flap stickers specifying the minimum fuel grade to be used in vehicles. This is to help customers buy the petrol grade that is best suited for their vehicle.

In addition, the Commission also encourages further monitoring of the display of discount pricing on price boards.

What are the implications of the Commission’s findings?

The year-long market study shows that fuel companies in New Zealand have been making higher profits than expected, which has resulted in Kiwis paying more for the price of petrol. The Commerce Commission chair, Anna Rawlings, said that if market competition was improved, the overall cost of petrol could be significantly lower.

Energy Minister, Megan Woods, said that the Government is ready to act on the Commerce Commission’s findings and will be introducing the best options to increase competition at a wholesale level, which will filter down to the retail market and, ultimately, lower prices at the pump.

The Government will be looking at introducing a new law early next year to increase competition and force retailers to display prices at the pump. This could result in petrol prices dropping by approximately 18 cents per litre, according to Commerce and Consumer Affairs Minister, Kris Faafoi.

Therefore, from 2020 onwards, consumers could see a marked improvement in the cost of fuel. Until such time that these new laws come into place, however, it is important that consumers attempt to keep their petrol costs to a minimum by utilising these tips and finding the cheapest petrol. Use Canstar Blue’s customer satisfaction table to compare service stations here.

What factors do Kiwis find important when choosing fuel providers?

According to Canstar Blue, the price of petrol is not the only factor that Kiwi consumers find important when it comes to choosing fuel providers.

Canstar Blue’s recent survey of 2,195 Kiwis noted that, while value for money was important, appearance and cleanliness was the greatest driver of overall customer satisfaction. This is followed closely by the service and facilities on offer at service stations.

To learn more about fuel providers in New Zealand and their offerings, take a look at Canstar Blue’s customer satisfaction table here. 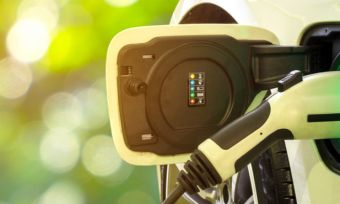 How to travel around New Zealand in an electric vehicle